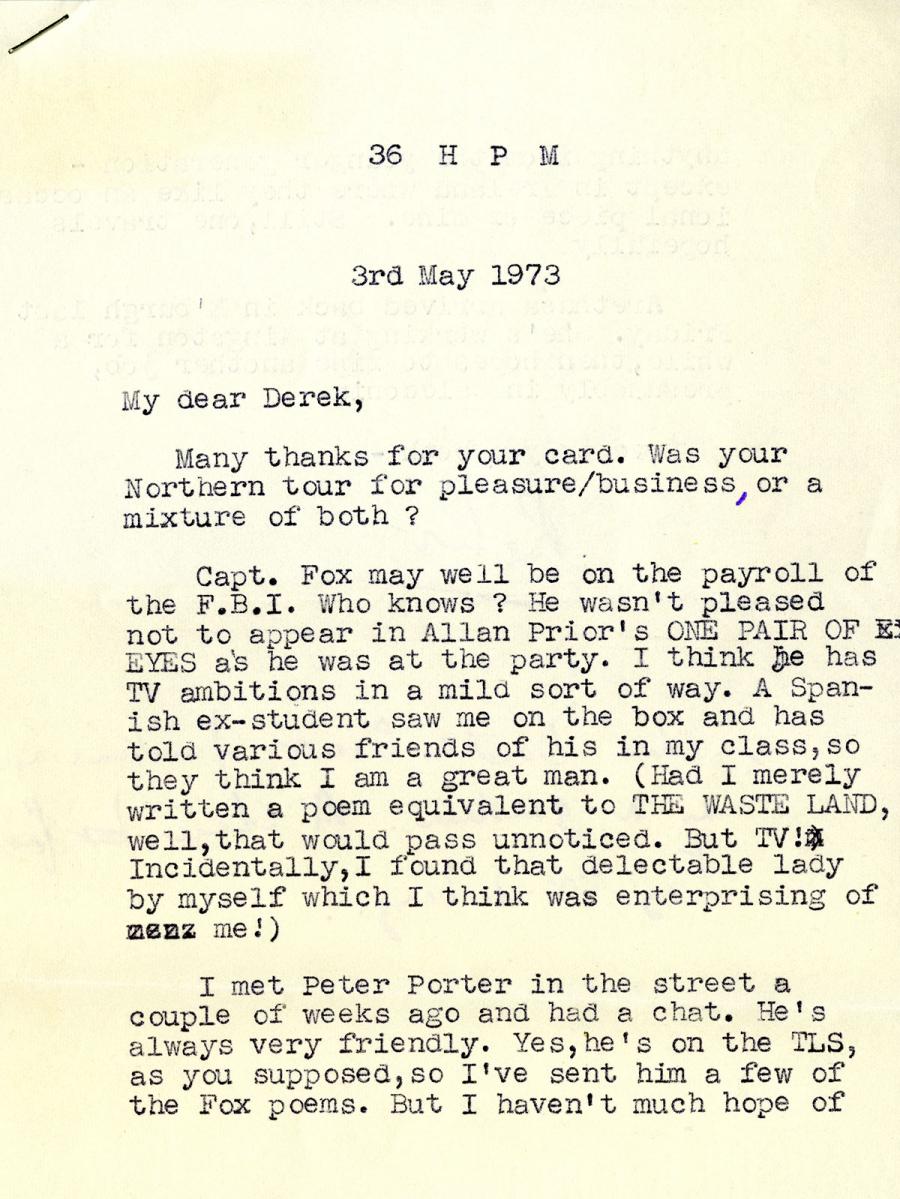 ﻿36 H P M
3rd May 1973
My dear Derek,
Many thanks for your card. Was your Northern tour for pleasure/business, or a mixture of both ?
Capt. Fox may well be on the payroll of the F.B.I. Who knows ? He wasn’t pleased not to appear in Allan Prior’s ONE PAIR OF EYES as he was at the party. I think he has TV ambitions in a mild sort of way. A Spanish ex-student saw me on the box and has told various friends of his in my class,so they think I am a great MAN. (Had I merely written a poem of equivalent to the WASTE LAND, well, that would pass unnoticed. But TV! Incidentally,I found that delectable lady by myself which I think was enterprising of me! )
I met Peter Porter in the street a couple of weeks ago and had a chat. He’s always very friendly. Yes,he’s on the TLS, as you supposed, so I’ve sent him a few of the Fox poems. But I haven’t much hope of