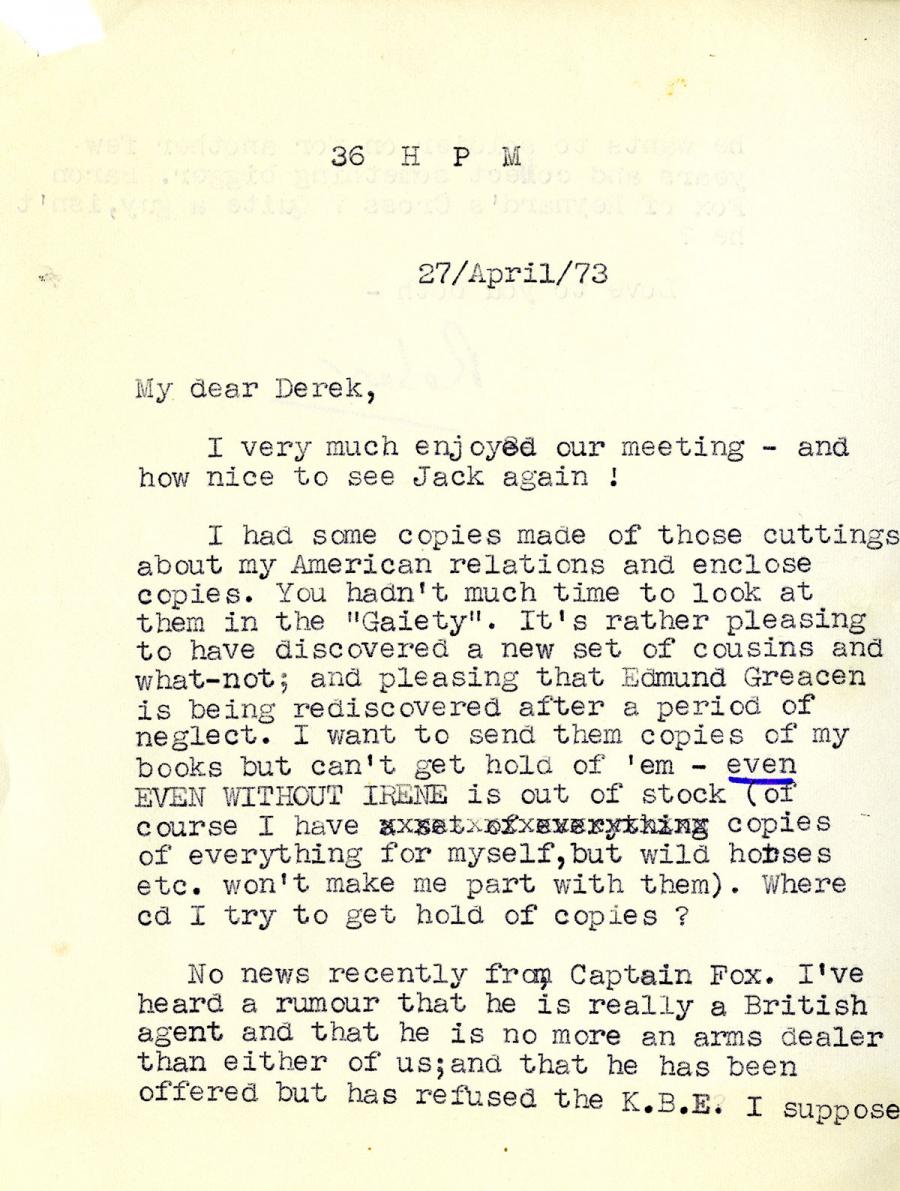 ﻿36 H P M
27/April/73
My dear Derek,
I very much enjoyed our meeting – and how nice to see Jack again !
I had some copies made of those cuttings about my American relations and enclose copies. You hadn’t much time to look at them in the “Gaiety”. It’s rather pleasing to have discovered a new set of cousins and what-not; and pleasing that Edmund Greacen is being rediscovered after a period of neglect. I want to send them copies of my books but can’t get hold of ‘em – even EVEN WITHOUT IRENE is out of stock (of course I have copies of everything for myself, but wild horses etc. won’t make me part with them) . Where cd I try to get hold of copies ?
No news recently from Captain Fox. I’ve heard a rumour that he is really a British agent and that he is no more an arms dealer than either of us;and that he has been offered but has refused the K.B.E. I suppose