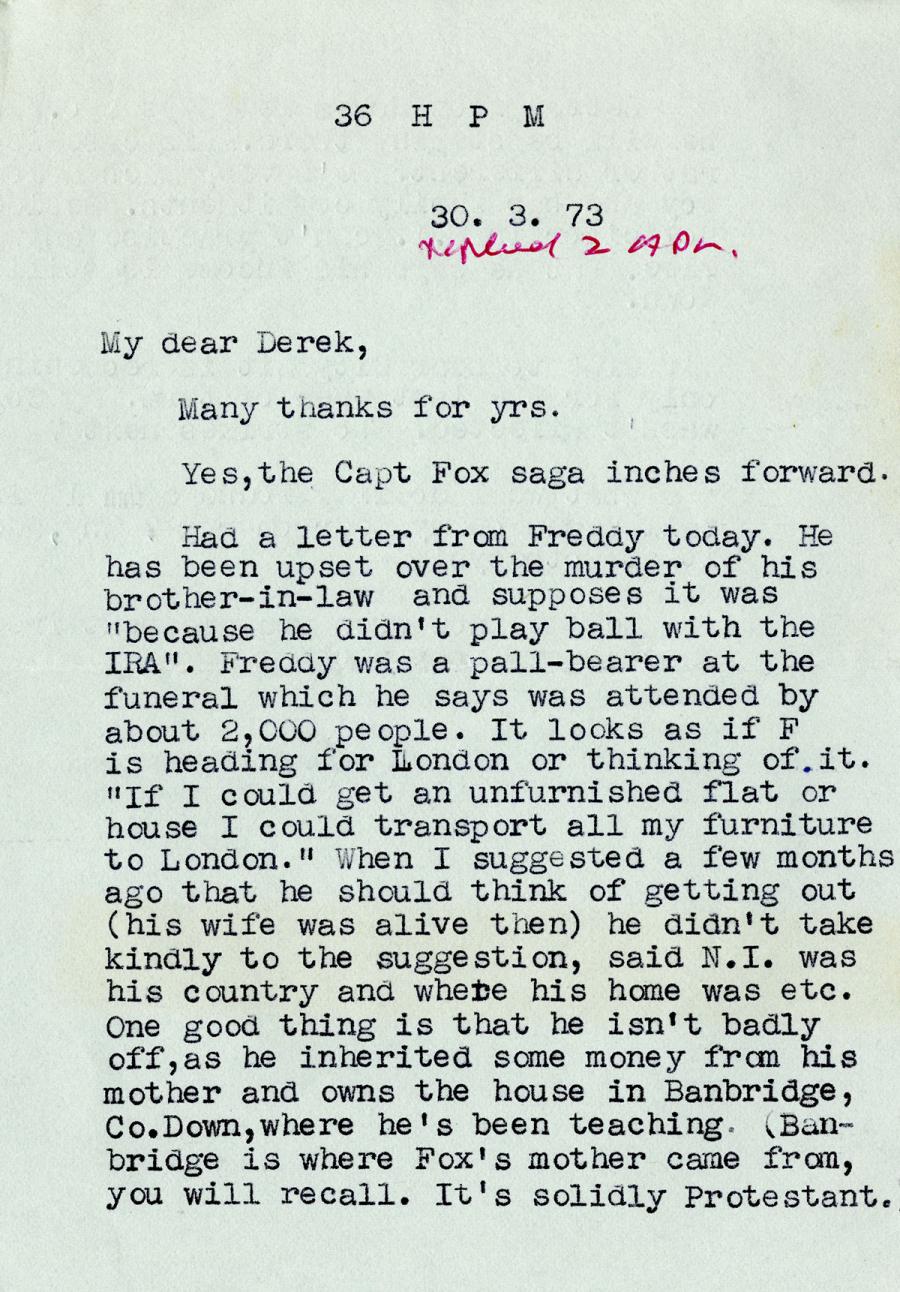 ﻿36 H P M
30. 3. 73
replied 2 Apr
My dear Derek,
Many thanks for yrs.
Yes, the Capt Fox saga inches forward.
Had a letter from Freddy today. He has been upset over the murder of his brother-in-law and supposes it was because “he didn’t play ball with the IRA”. Freddy was pall-bearer at the funeral which he says was attended by about 2,000 people. It looks as if F is heading for London or thinking of. it. “If I could get an unfurnished flat or house I could transport all my furniture to London.” When I suggested a few months ago that he should think of getting out (his wife was alive then) he didn’t take kindly to the suggestion, said N.I. was his country and where his home was etc. One good thing is that he isn’t badly off,as he inherited some money from his mother and owns the house in Banbridge, Co.Down, where he’s been teaching. (Banbridge is where Fox’s mother came from, you will recall. It’s solidly Protestant.