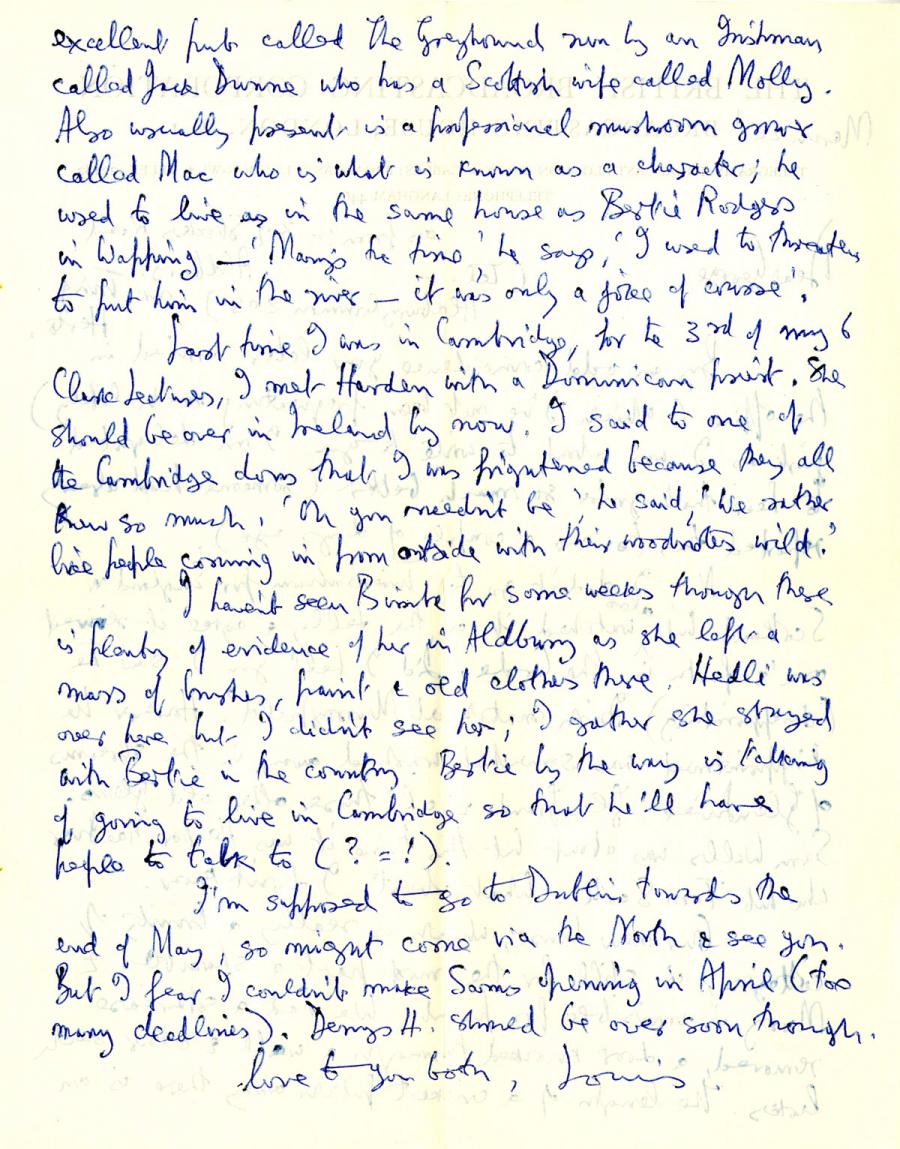 excellent pub called The Greyhound run by an Irishman called Jack Dunne who has a Scottish wife called Molly. Also usually present is a professional mushroom grower called Mac who is what is known as a character; he used to live in the same house as Bertie Rodgers in Wapping – 'Many's the time,' he says, 'I used to threaten to put him in the river – it was only a joke of course.' Last time I was in Cambridge for the 3rd of my 6 Clark Lectures, I met Harden with a Dominican friend. She should be over in Ireland by now. I said to one of the Cambridge dons that I was frightened because they all knew so much. 'Oh you needn't be,' he said, 'We rather like people coming in from outside with their woodnotes wild.' I haven't seen Bimba for some weeks though there is plenty of evidence in Aldbury as she left a mass of brushes, paint and old clothes there. Hedli was over here but I didn't see her; I gather she stayed with Bertie in the country. Bertie by the way is talking of going to live in Cambridge so that he'll have people to talk to (?=!) I'm supposed to go to Dublin towards the end of May so might come via the North and see you. But I fear I couldn't make Sam's opening in April (too many deadlines). Dennys H should be over soon though. Love to you both, Louis.