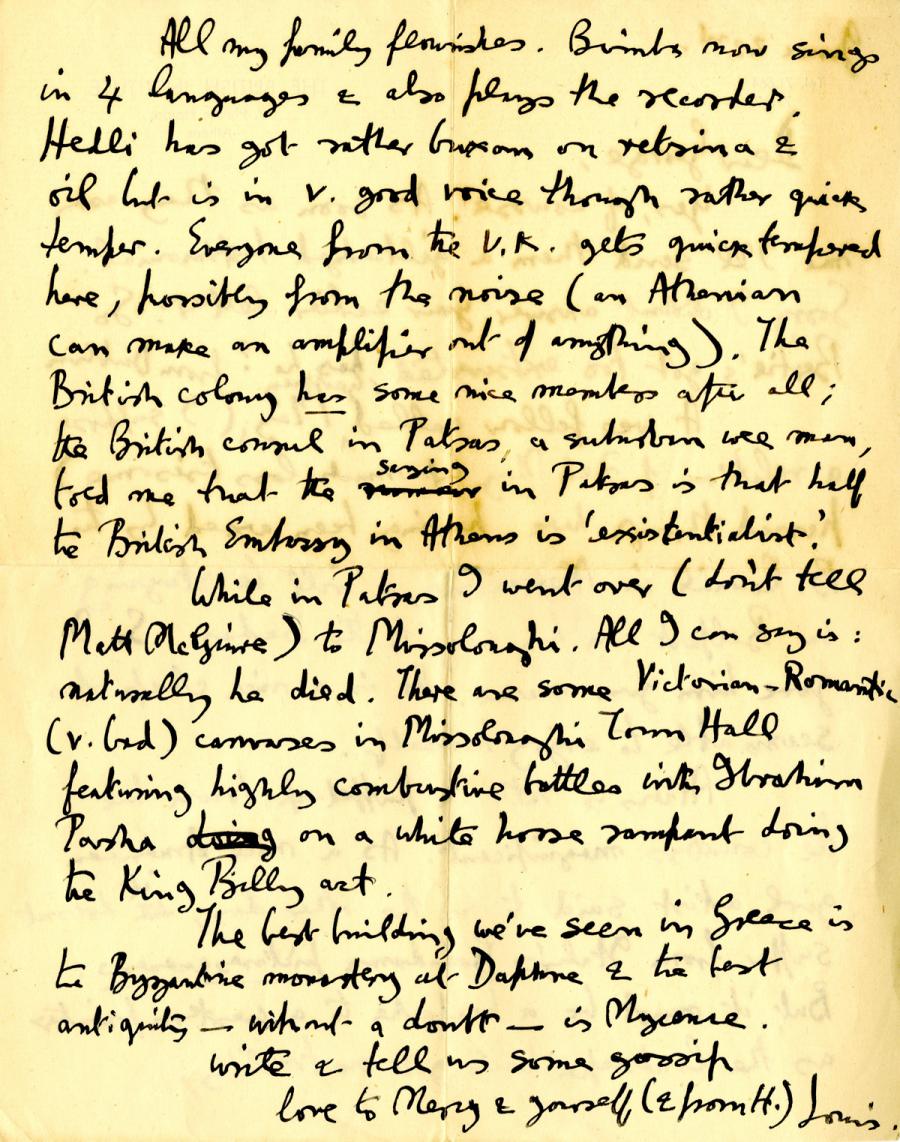 All my family flourishes. Bimba now sings in 4 languages and also plays the recorder. Hedli has got rather buxom on retsina and oil but is in v. good voice though rather quick temper. Everyone from the U.K. gets quick tempered here, possibly from the noise (an Athenian can make an amplifier out of anything). The British colony has some nice members after all; the British counsel in Patras , a suburban wee man, told me that the saying in Patras is that half the British Embassy in Athrens is 'existentialist'. While in Patras I went over (don't tell Matt McGuire) to Missolonghi. All I can say is: naturally he died. These are some Victorian-Romantic (v. bad) canvasses in Missolonghi Town Hall featuring highly combustive battles with Ibhrahim Pasha on a white horse rampant doing the King Billy act. The best building we've seen in Greece is the Byzantine monastry at Daphni and the best antiquity – without a doubt – is Mycenae. Write and tell us some soonish, love to Mercy and yourself Louis.