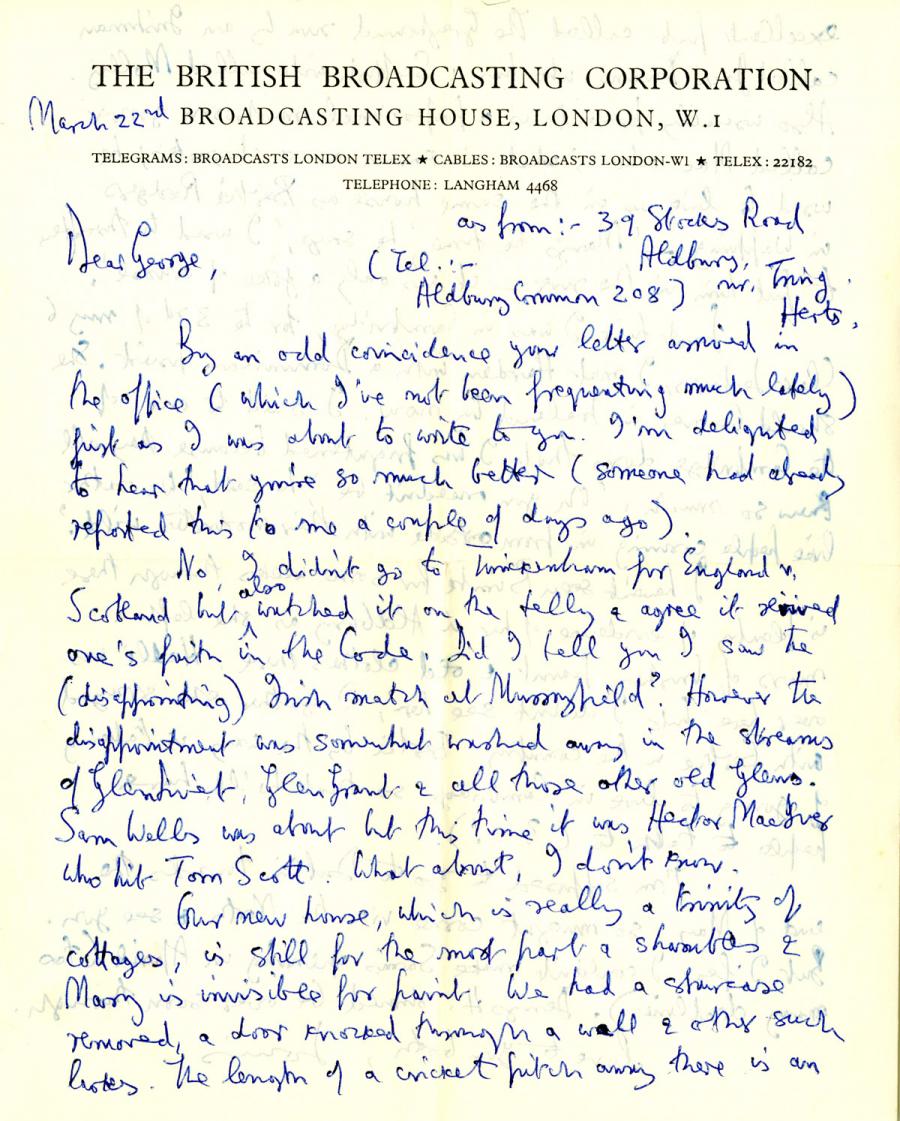 Dear George, By an odd coincidence your letter arrived in the office (which I've not been frequenting much lately just as I was about to write to you. I'm delighted to hear that you're so much better (someone had already reported this to me a couple of days ago). No I didn't go to Twickenham for England v. Scotland but also watched it on the telly and agree it revived one's faith in the Code. Did I tell you I saw the (disappointing) Irish match at Murrayfield? However the disappointment was somehow washed away in the streams of Glenlivet, Glen Grant and all those other Glens. Sam Wells was about but this time it was Hector MacIves who hit Tom Scott. What about, I don't know. Our new house, which is really a trinity of cottages, is still for the most part a shambles and Mary is invisible for faint. We had a staircase removed, a door knocked through a wall and other such tasks. The length of a cricket pitch away there is an