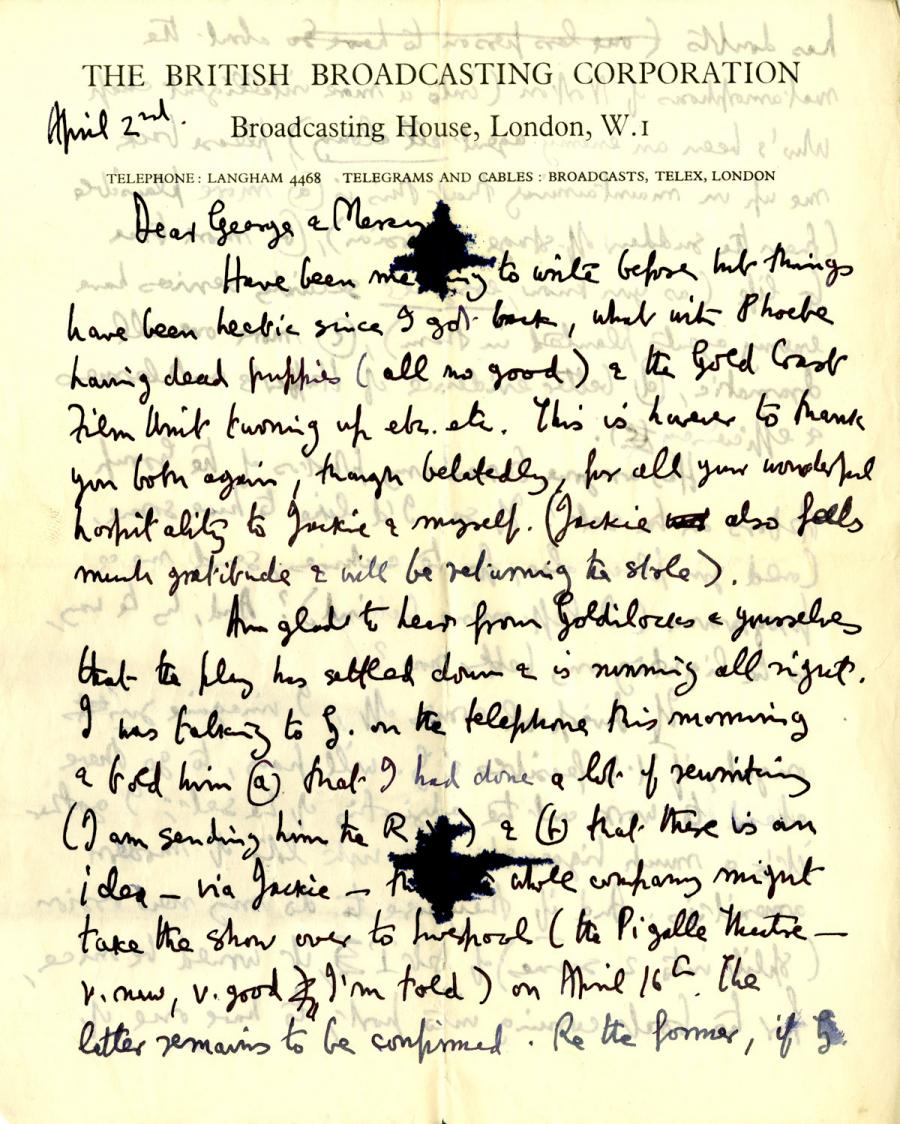 April 2nd
Dear George and Mercy, Have been meaning to write before but things have been hectic since I got back, what with Phoebe having dead puppies (all no good) and the Gold Coast Film Unit turning up etc. etc. This is however to thank you both again, though belatedly, for all your wonderful hospitality to Jackie and myself. (Jackie also feels much gratitude and will be returning the stole). Am glad to hear from Goldilocks and yourselves that the play has settled down and is running all right. I was talking to G. on the telephone this morning and told him a) that I had done a lot of rewriting and b) that there is an idea – via Jackie – that thew whole company might take the show over to Liverpool (the Pigalle Theatre – v. new, v. good I'm told) on April 16th. The latter remains to be confirmed. Re the former, if he