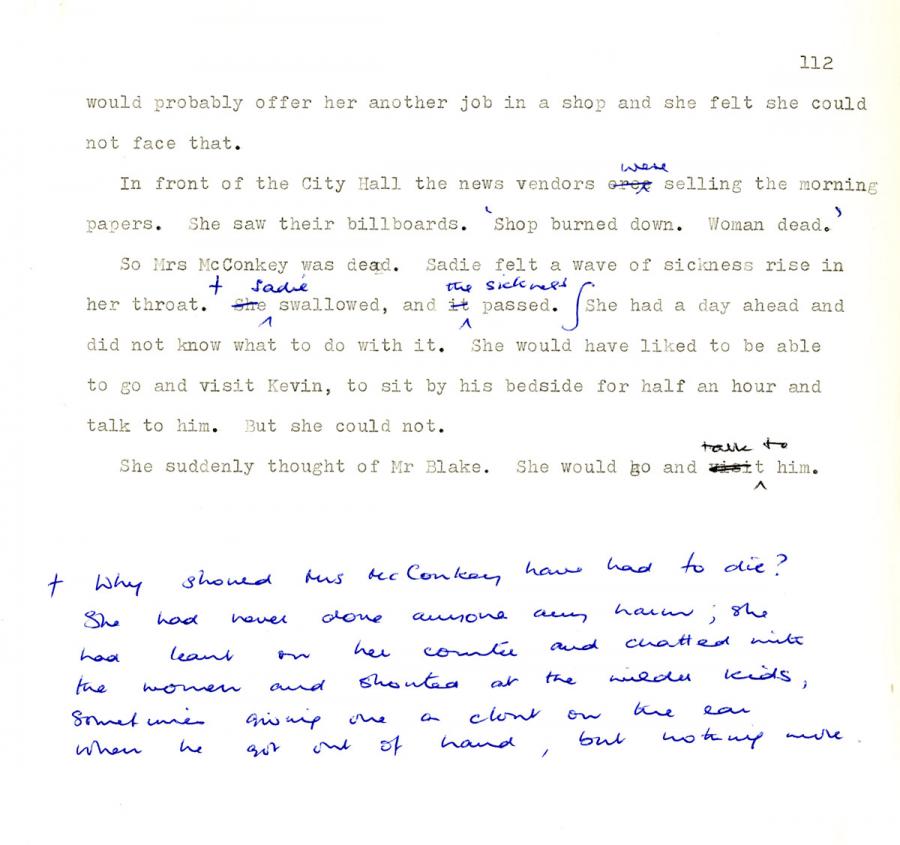 would probably offer her another job in a shop and she felt she could
not face that.

In front of the City Hall the news vendors were selling the morning
papers. She saw their billboards. 'Shop burned down. Woman dead'.

So Mrs McConkey was dead. Sadie felt a wave of sickness rise in
her throat. Why should Mrs McConkey have had to die? She had never done anyone any harm; she had leant on her counter and chatted with the women and shouted and the wilder kids, sometims giving one a clout on the ear when he got out of hand, but nothing more. Sadie swallowed, and the sickness passed. She had a day ahead and
did not know what to do with it. She would have liked to be able
to go and visit Kevin, to sit by his bedside for half an hour and
talk to him. But she could not.

She suddenly thought of Mr Blake. She would go and talk to him.