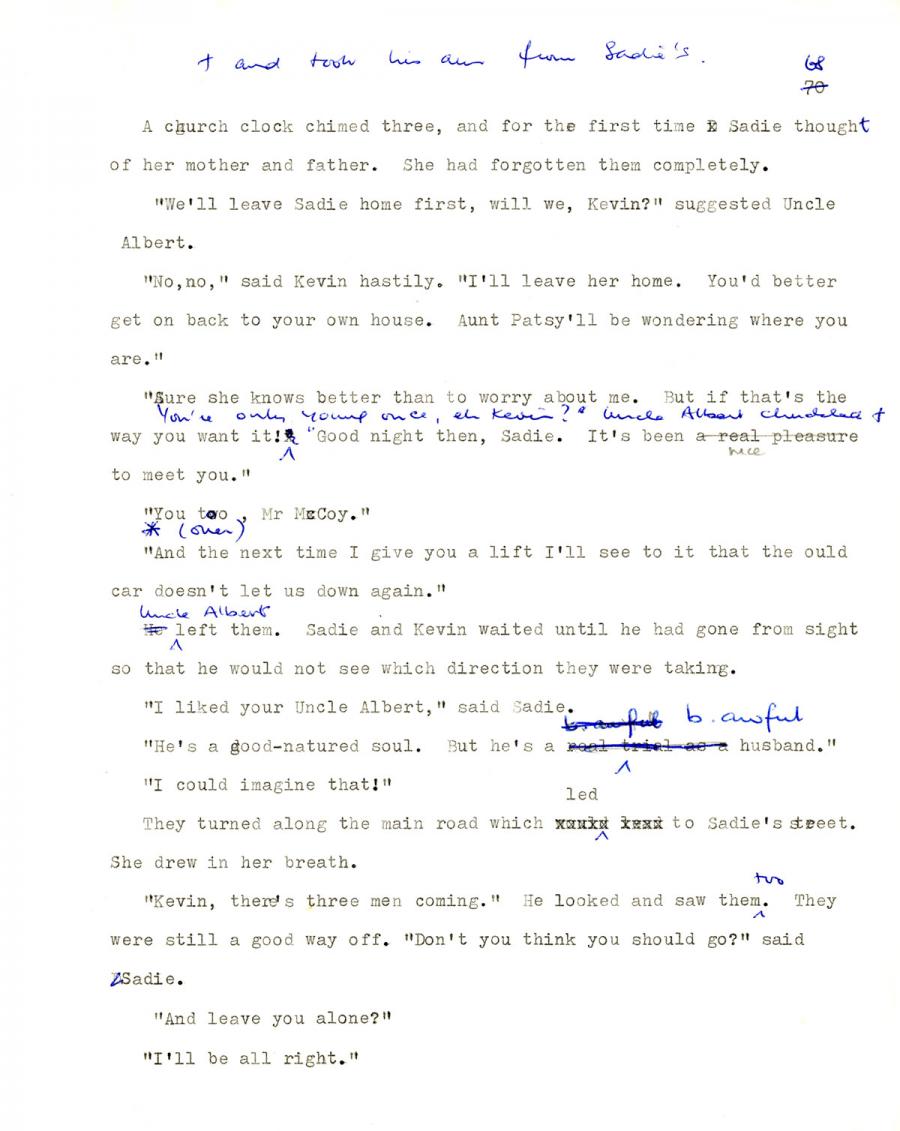 A church clock chimed three, and for the first time Sadie thought
of her mother and father. She had forgotten them completely.

"No,no," said Kevin hastily. "I’ll leave her home. You'd better
get on back to your own house. Aunt Patsy'll be wondering where you
are."

"Sure she knows better than to worry about me. But if that's the
way you want it! You're only young once, eh Kevin?" Uncle Albert chuckled and took his arm from Sadie's "Good night then, Sadie. It's been nice
to meet you."

"And the next time I give you a lift I'll see to it that the ould
car doesn't let us down again."

Uncle Albert left them. Sadie and Kevin waited until he had gone from sight
so that he would not see which direction they were taking.

"He's a good-natured soul. But he's a awful husband."

"I could imagine that]"

They turned along the main road which led to Sadie's street.
She drew in her breath.

"Kevin, there's three men coming." He looked and saw them too. They
were still a good way off. "Don't you think you should go?" said
Sadie.

"And leave you alone?"