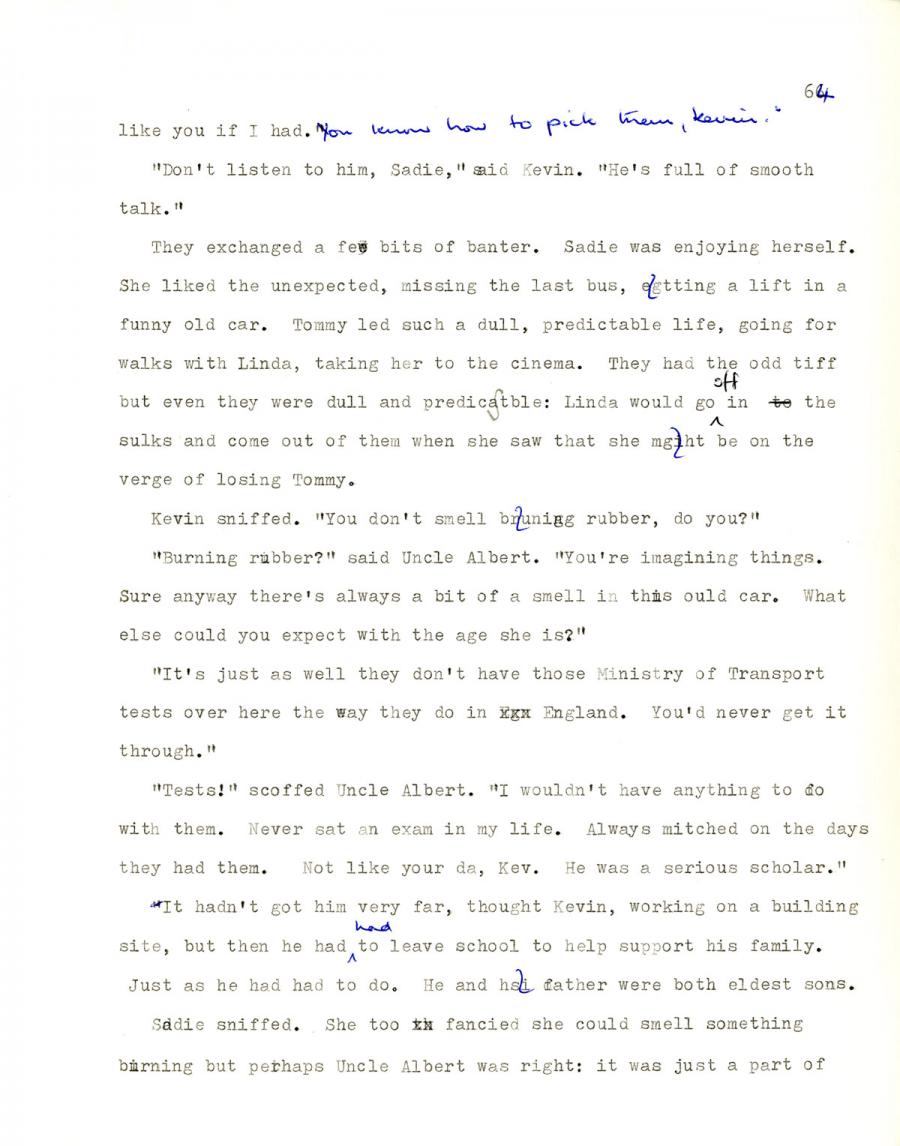 like you if I had. You know how to pick them, Kevin."

They exchanged a fe$ bits of banter. Sadie was enjoying herself.
She liked the unexpected, missing the last bus, getting a lift in a
funny old car. Tommy led such a dull, predictable life, going for
walks with Linda, taking her to the cinema. They had the odd tiff
but even they were dull and predicatble: Linda would go off in the
sulks and come out of them when she saw that she mgiht be on the
verge of losing Tommy.

Kevin sniffed. "You don't smell brunigg rubber, do you?"

"Burning rubber?" said Uncle Albert. "You're imagining things.
Sure anyway there's always a bit of a smell in this ould car. What
else could you expect with the age she is?"

"It's just as well they don't have those Ministry of Transport
tests over here the way they do in England. You'd never get it
through."

"Tests!" scoffed Uncle Albert. "I wouldn't have anything to do
with them. Never sat an exam in my life. Always mitched on the day
they had them. Not like your da, Kev. He was a serious scholar."

It hadn't got him very far, thought Kevin, working on a building
site, but then he had had to leave school to help support his family.
Just as he had had to do. He and hsi father were both eldest sons.

Sddie sniffed. She too fancied she could smell something
burning but perhaps Uncle Albert was right: it was just a part of