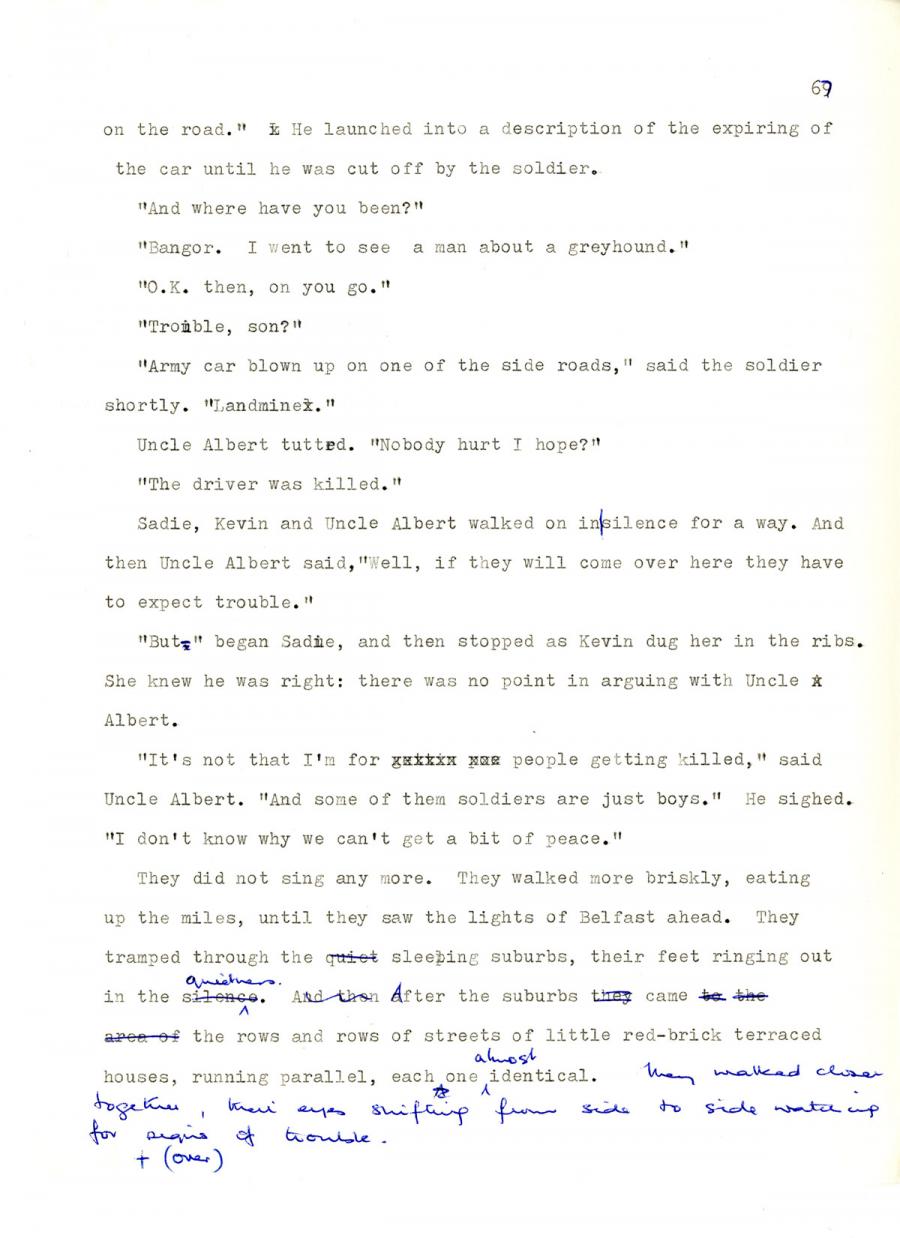 on the road.” He launched into a description of the expiring of
the car until he was cut off by the soldier.

"And where have you been?”

"Bangor. I went to see a man about a greyhound.”

"Army car blown up on one of the side roads,” said the soldier
shortly. "Landmine.”

"The driver was killed.”

Sadie, Kevin and Uncle Albert walked on in/silence for a way. And
then Uncle Albert said,"Well, if they will come over here they have
to expect trouble.”

"But,” began Sadiie, and then stopped as Kevin dug her in the ribs
She knew he was right: there was no point in arguing with Uncle
Albert.

"It’s not that I'm for people getting killed,” said
Uncle Albert. "And some of them soldiers are just boys." He sighed.
"I don't know why we can't get a bit of peace."

They did not sing any more. They walked more briskly, eating
up the miles, until they saw the lights of Belfast ahead. They
tramped through the sleeping suburbs, their feet ringing out
in the quietnessAfter the suburbs came
the rows and rows of streets of little red-brick terraced
houses, running parallel, each one almost identical. They walked closer together, their eyes shifting from side to side watching for signs of trouble.
+(over)