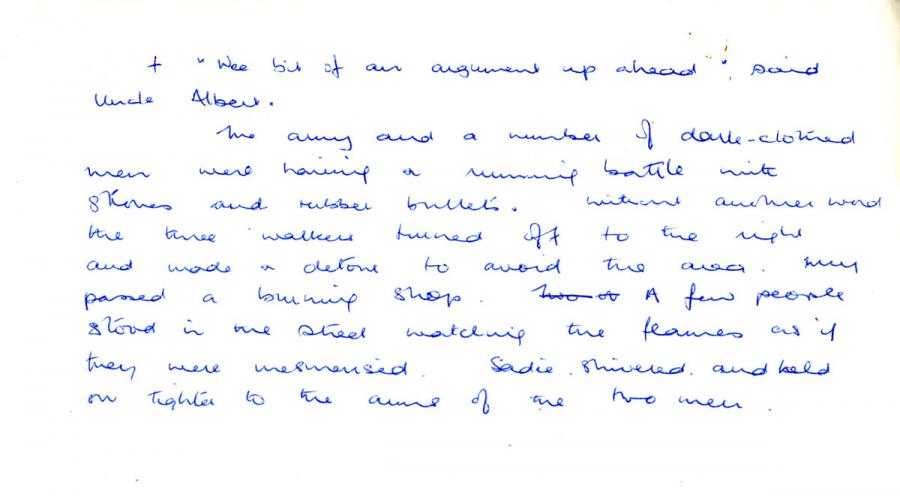 ﻿"Wee bit of an argument up ahead" said
Uncle Albert

The army and a number of dark-clothed
men were having a runnning battle with
stones and rubber bullets. Without another word
the three walkers turned off to the right
and made a detour to avoid the area. They
passed a burning shop. A few people
stood in the street watching the flames as if
they were mesmerised. Sadie shivered and held
on tighter to the arms of the two men.