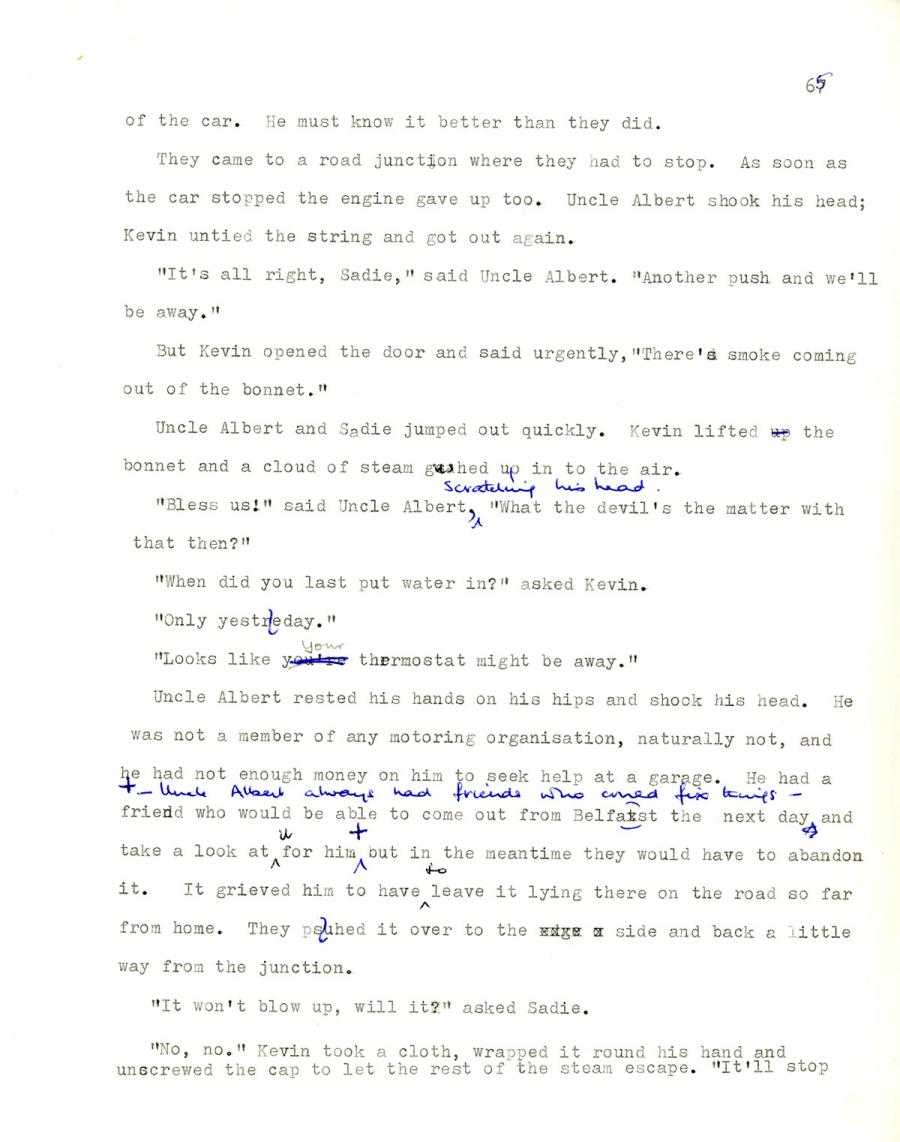 of the car. He must know it better than they did.

They came to a road junction where they had to stop. As soon as
the car stopped the engine gave up too. Uncle Albert shook his head;
Kevin untied the string and got out again.

"It’s all right, Sadie," said Uncle Albert. "Another push and we'll
be away."

But Kevin opened the door and said urgently,"There's smoke coming
out of the bonnet."

Uncle Albert and Sadie jumped out quickly. Kevin lifted the
bonnet and a cloud of steam gushed up in to the air.

"Bless us!" said Uncle Albert, scratching his head. "What the devil's the matter with that then?"

"When did you last put water in?" asked Kevin.

Uncle Albert rested his hands on his hips and shook his head. He
was not a member of any motoring organisation, naturally not, and
he had not enough money on him to seek help at a garage. He had a
friend who would be able to come out from Belfast the next day and
take a look at it for him. Uncle Albert always had friends who could fix things, but in the meantime they would have to abandon
it. It grieved him to have to leave it lying there on the road so far
from home. They psuhed it over to the side and back a little
way from the junction.

"No, no." Kevin took a cloth, wrapped it round his hand and
unscrewed the cap to let the rest of the steam escape. "It'll stop