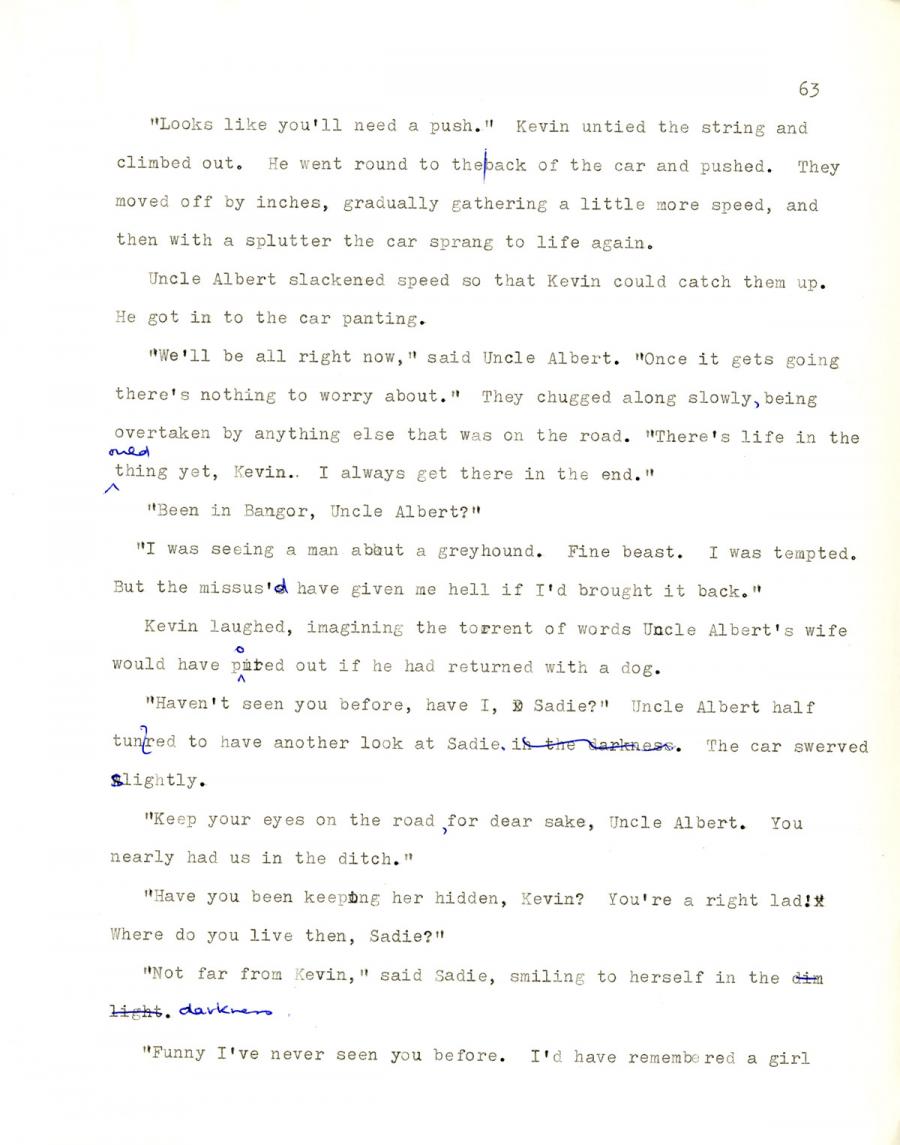 "Looks like you'll need a push." Kevin untied the string and
climbed out. He went round to theback of the car and pushed. They
moved off by inches, gradually gathering a little more speed, and
then with a splutter the car sprang to life again.

Uncle Albert slackened speed so that Kevin could catch them up.
He got in to the car panting.

"We'll be all right now," said Uncle Albert. "Once it gets going
there's nothing to worry about." They chugged along slowly., being
overtaken by anything else that was on the road. "There's life in the
ould thing yet, Kevin.. I always get there in the end."

"Been in Bangor, Uncle Albert?"

"I was seeing a man about a greyhound. Fine beast. I was tempted.
But the missus'd have given me hell if I'd brought it back."

Kevin laughed, imagining the torrent of words Uncle Albert's wife
would have poured out if he had returned with a dog.

"Haven't seen you before, have I Sadie?" Uncle Albert half
tunred to have another look at Sadie. The car swerved
slightly.

"Keep your eyes on the road, for dear sake, Uncle Albert. You
nearly had us in the ditch."

"Have you been keeping her hidden, Kevin? You're a right lad!
Where do you live then, Sadie?"

"Not far from Kevin,» said Sadie, smiling to herself in the darkness.

"Funny I've never seen you before. I'd have remembered a girl