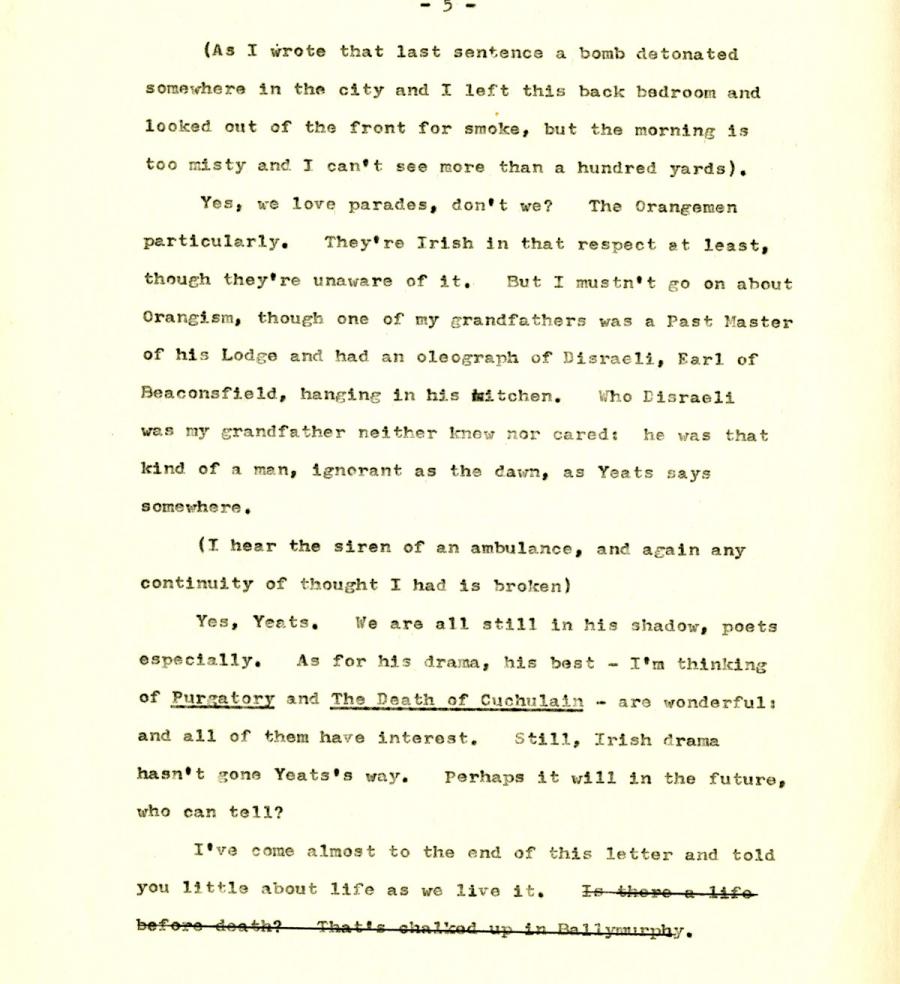 ﻿- 5-
(As I wrote that last sentence a bomb detonated
somewhere in the city and I left this back bedroom and
looked out of the front for smoke, but the morning is
too misty and I can’t see more than a hundred yards).

Yes, we love parades, don’t we? The Orangemen
particularly. They’re Irish in that respect at least,
though they’re unaware of it. But I mustn’t go on about
Orangism, though one of my grandfathers was a Past Paster
of his Lodge and had an oleograph of Disraeli, Earl of
Beaconsfield, hanging in his kitchen. Who Disraeli
was my grandfather neither knew nor cared: he was that
kind of a man, ignorant as the dawn, as Yeats says
somewhere.

(I hear the siren of an ambulance, and again any
continuity of thought I had is broken)

Yes, Yeats, We are all still in his shadow, poets
especially. As for his drama, his best - I’m thinking
of Purgatory and The Death of Cuchulain - are wonderful:
and all of them have interest. Still, Irish drama
hasn’t gone Yeats’s way. Perhaps it will in the future,
who can tell?

I’ve come almost to the end of this letter and told
you little about life as we live it.