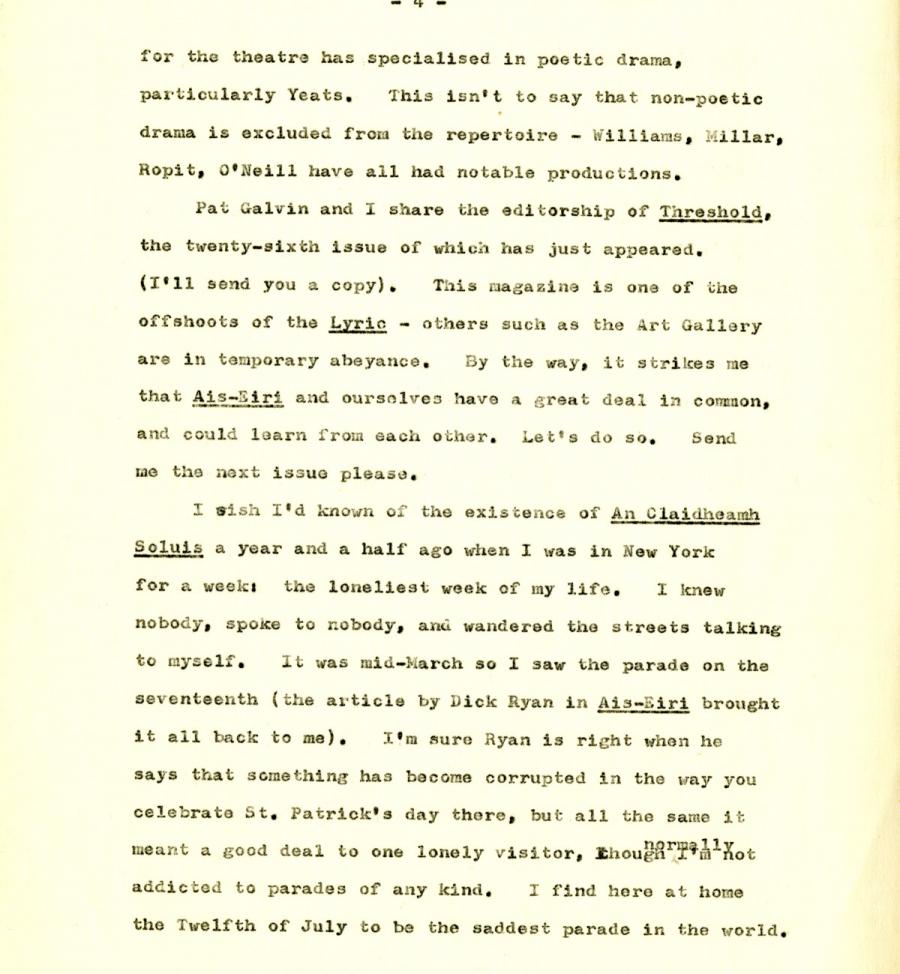 for the theatre has specialised in poetic drama,
particularly Yeats. This isn't to say that non-poetic
drama is excluded from the repertoire - Williams, Millar,
Ropit, O’Neill have all had notable productions.

Pat dalvin and I share the editorship of Threshold,
the twenty-sixth issue of which has just appeared.
(I'll send you a copy). This magazine is one of the
offshoots of the Lyric - others such as the Art Gallery
are in temporary abeyance. By the way, it strikes me
that Ais-Siri and ourselves have a great deal in common,
and could learn from each other. Let’s do so. Send
me the next issue please.

I wish I'd known of the existence of An Claidheamh
Soluis a year and a half ago when I was in New York
for a week! the loneliest week of my life. I knew
nobody, spoke to nobody, and wandered the streets talking
to myself. It was mid-March so I saw the parade on the
seventeenth (the article by Dick Ryan in Ais-Biri brought
it all back to me). I’m sure Ryan is right when he
says that something has become corrupted in the way you
celebrate St. Patrick’s day there, but all the same it
meant a good deal to one lonely visitor, though normally not
addicted to parades of any kind. I find here at home
the Twelfth of July to be the saddest parade in the world.