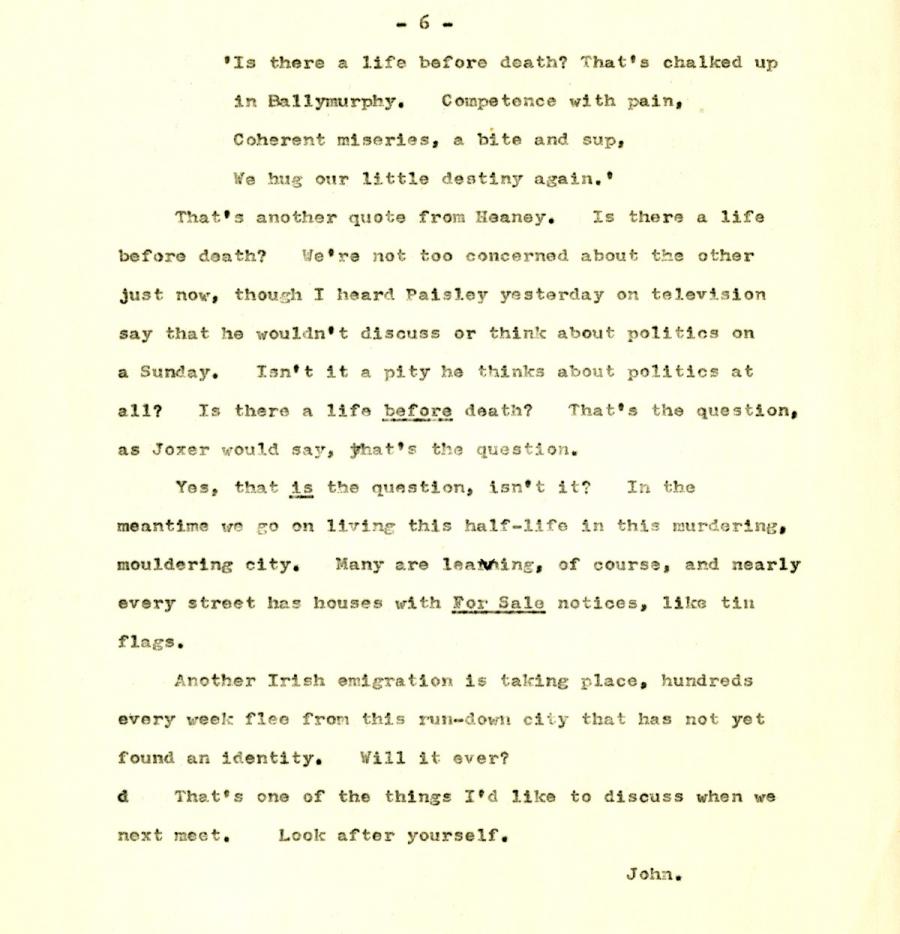 'Is there a life before death? That’s chalked up
in Ballymurphy, Competence with pain,
Coherent miseries, a bite and sup,
We hug our little destiny again.'

Yes, that is the question, isn’t it? In the
meantime we go on living this half-life in this murdering,
mouldering city. Many are leaVing, of course, and nearly
every street has houses with For Sale notices, like tin
flags.

Another Irish emigration is taking place, hundreds
every week flee from this run-down city that has not yet
found an identity. Will it ever?

d That’s one of the things I’d like to discuss when we
next meet. Look after yourself.