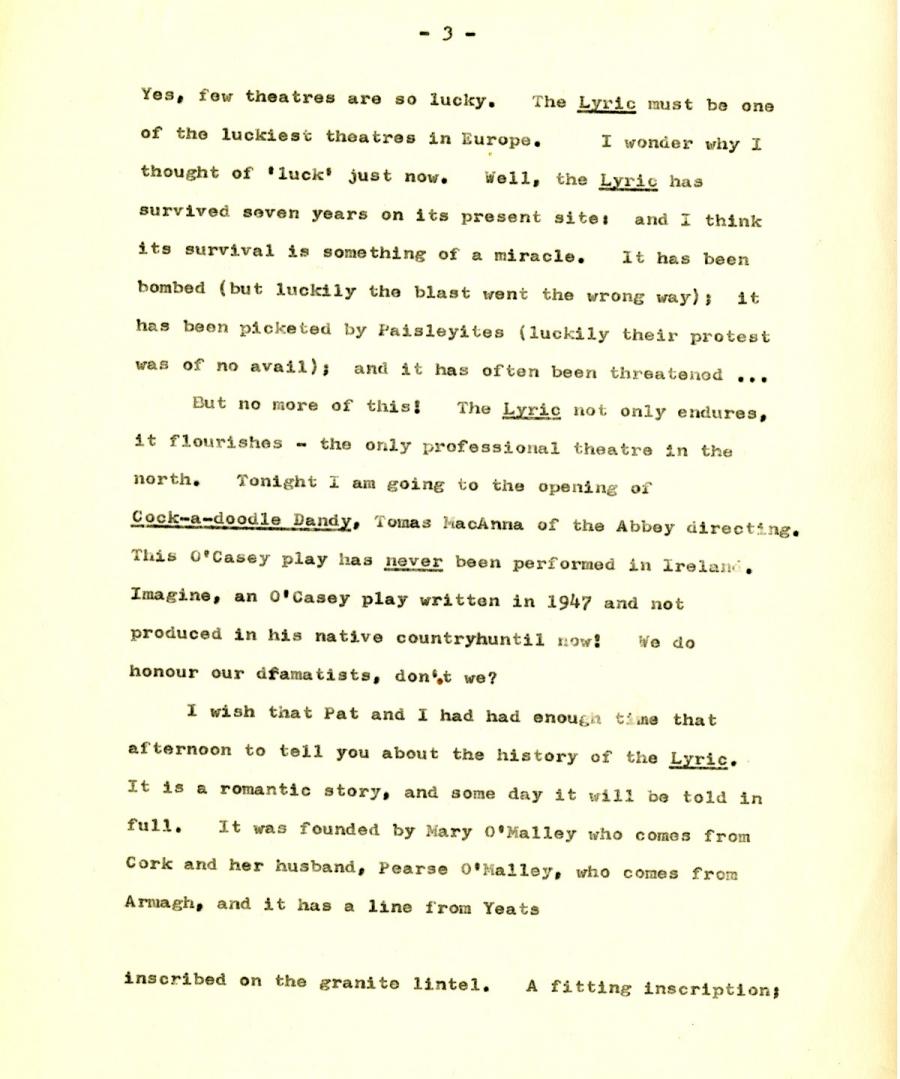 Yes, few theatres are so lucky. The Lyric must be one
of the luckiest theatres in Europe. I wonder why I
thought of 'luck' just now. Well, the Lyric has
survived seven years on its present site and I think
its survival is something of a miracle. It has been
bombed (but luckily the blast went the wrong way) ; it
has been picketed by Paisleyites (luckily their protest
was of no avail); and it has often been threatened ...

But no more of this! The Lyric not only endures,
it flourishes - the only professional theatre in the
north. Tonight I am going to the opening of
Cock-a-doodle Dandy. Tomas MacAnna of the Abbey directing.
This O’Casey play has never been performed in Ireland.
Imagine, an O’Casey play written in 1947 and not
produced in his native countryhuntil now! We do
honour our dramatists, don’t we?

I wish that Pat and I had had enougn time that
afternoon to tell you about the history of the Lyric.
It is a romantic story, and some day it will be told in
full. It was founded by Mary O’Malley who comes from
Cork and her husband, Pearse O’Malley, who comes from
Armagh, and it has a line from Yeats

inscribed on the granite lintel; A fitting inscription;