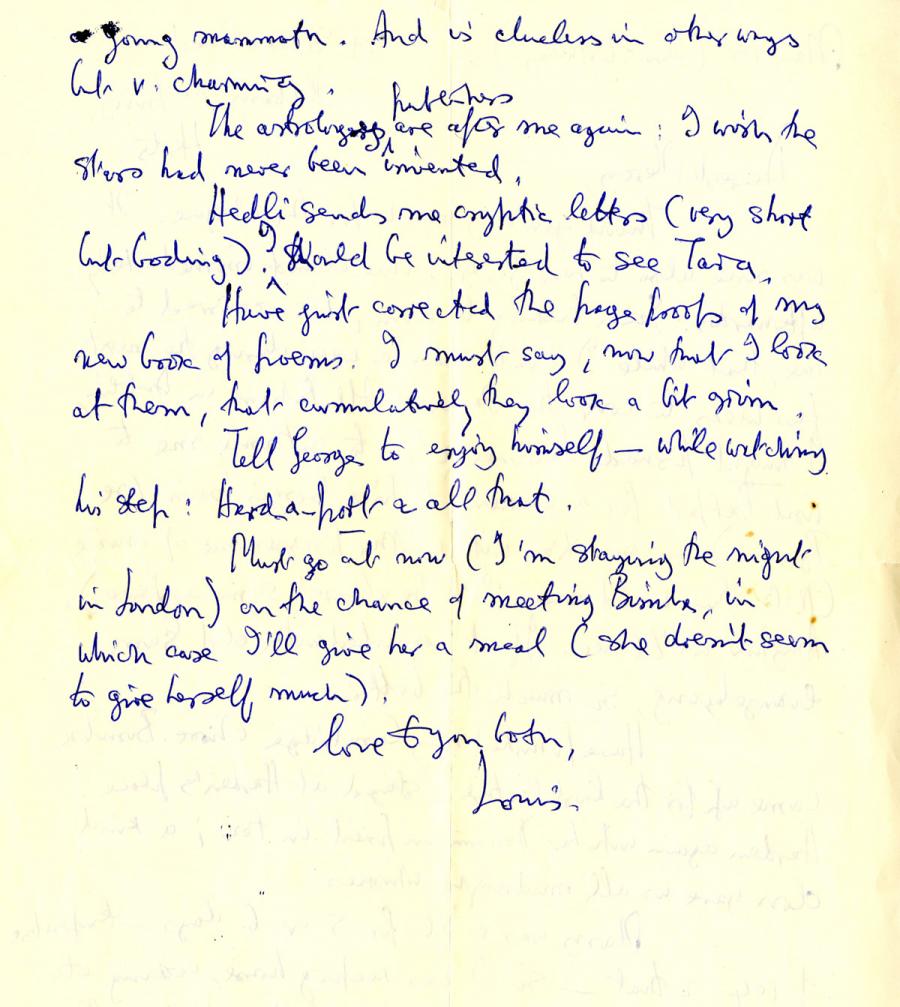 a young mammoth. And is clueless in other ways but v. charming. The astrology publishers are after me again: I wish the stereo had never been invented. Hedli send me cryptic letters (very short but boding). I would be interested to see Tara. Have just corrected the page proofs of my new book of poems. I must say, now that I look at it, that cumulatively they look a bit grim. Tell George to enjoy himself – while watching his step. Must go now (I'm staying the night in London) on the chance of meeting Bimba, in which case I'll give her a meal (she doesn't seem to give herself much). Love to you both, Louis.