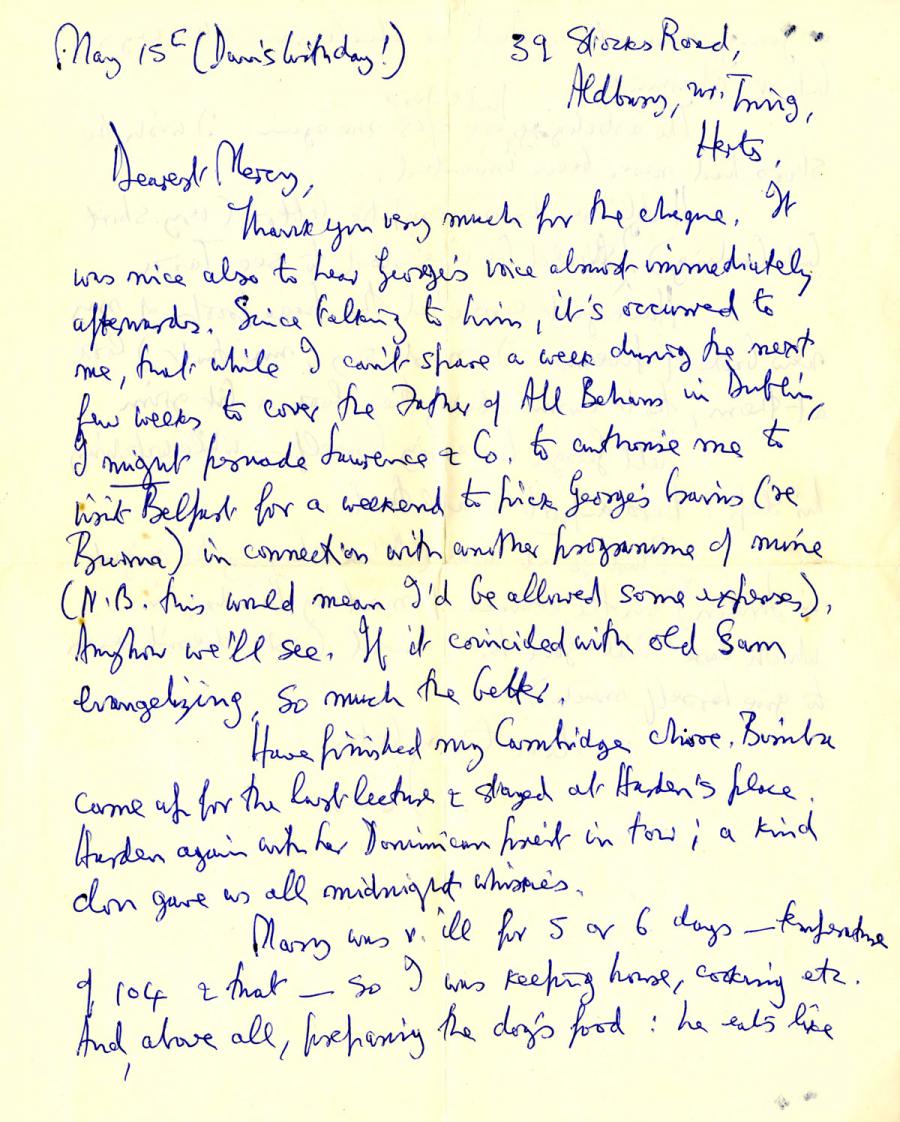 Dearest Mercy, Thank you very much for the cheque. It was nice also to hear George's voice almost immediately afterwards. Since talking to him it's occurred to me, that while I can't spare a week during the next few weeks to cover the Father of All Behans in Dublin, I might persuade Laurence and Co. to authorise me to visit Belfast for a weekend to pick George's brains (re Burma) in connection with another programme of mine N.B. This would mean I'd be allowed some expenses). Anyhow, we'll see. If it coincided with old Sam evangelising, so much the better. Have finished my Cambridge chore. Bimba came up for the last lecture and stayed at Harden's place. Harden again had her Dominican friend in tow; a kind don gave us all midnight whiskies. Mary was v. ill for 5 or 6 days – temperature of 104 and that – so I was keeping house, cooking etc. And above all, preparing the dog's food: he eats like