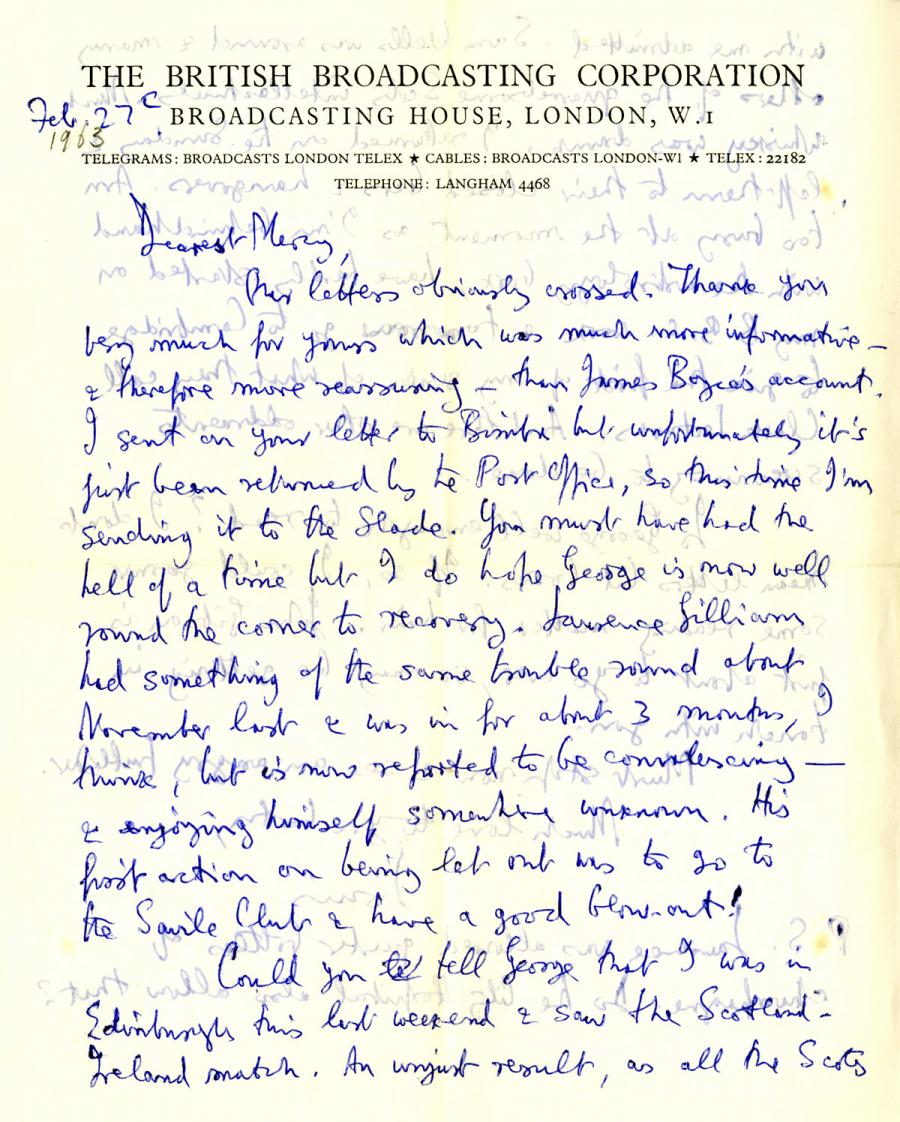 Feb 27th
Dearest Mercy, Our letters obviously crossed. Thank you very much for yours which was much more informative – and therefore more reassuring – than James Boyce's account. I sent your letter to Bimba but unfortunately it's just been returned by the Post Office, so this time I'm sending it to the Slade. You must have had the hell of a time but I do hope George is now well round the corner to recovery. Laurence Gilliam had something of the same trouble round about November last and was in for about 3 months, I think, but is now reported to be convalescing – and enjoying himself somewhere unknown. His first action on being let out was to go to the Savile Club and have a good blow out! Could you tell George that I was in Edinburgh this last weekend and saw the Scotland Ireland match. An unjust result, as all the Scots