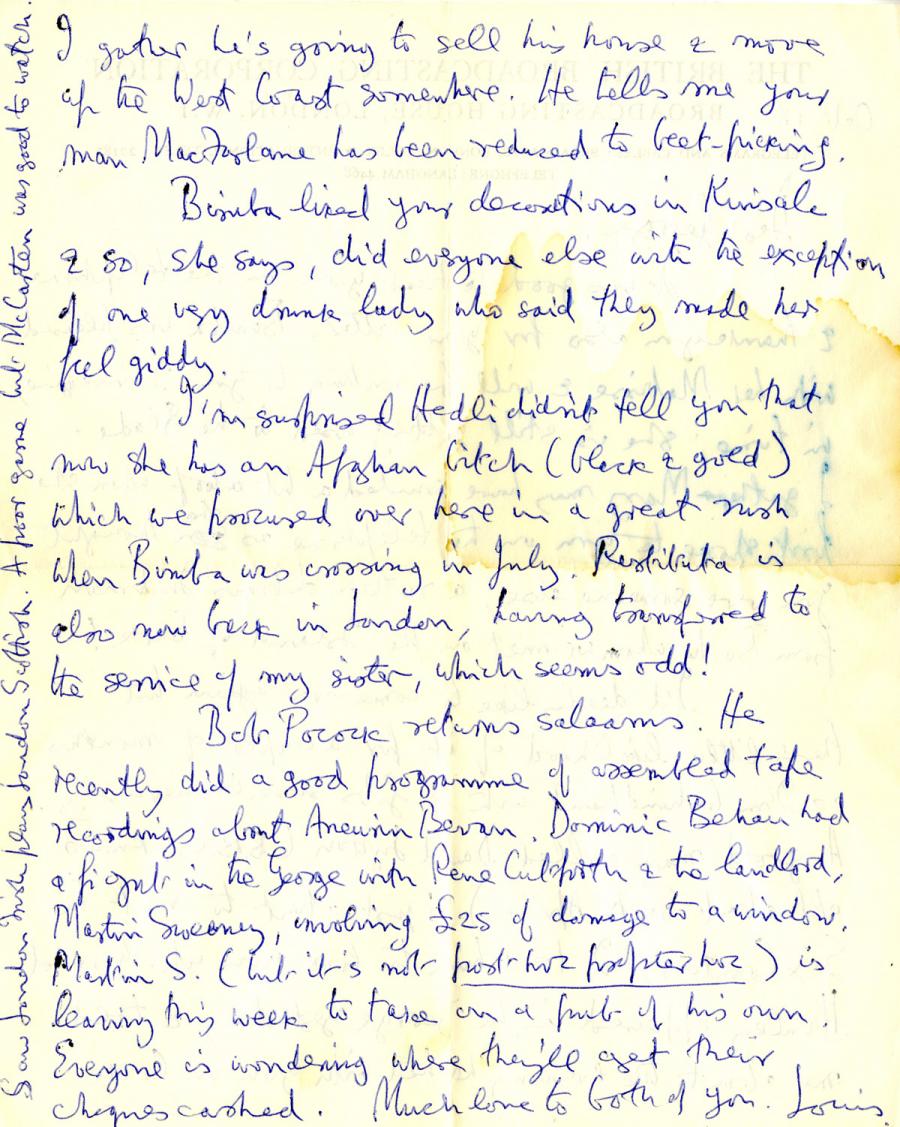 I gather he's going to sell his house and move up the West Coast somewhere. He tells me your man MacFarlane has been reduced to beet-picking. Bimba liked your decorations in Kinsale and so, she says, did everyone else with the exception of one very drunk lady who said they made her feel giddy. I'm surprised Hedli didn't tell you that now she has an Afghan bitch (black and gold) which we procured over here in a great rush when Bimba was crossing in July. Bob Pocock returns salaams. He recently did a good programme of assembled tape recordings about Aneurin Bevan. Dominic Behan had a fight in the George with Rene Cutforth and the landlord, Martin Sweeney, involving £25 of damage to a window. Martin S. is leaving this week to take on a pub of his own. Everyone is wondering where they'll get their cheques cashed. Much love to both of you, Louis. Saw London Irish play London Scottish. A poor game but McCarten was good to watch.