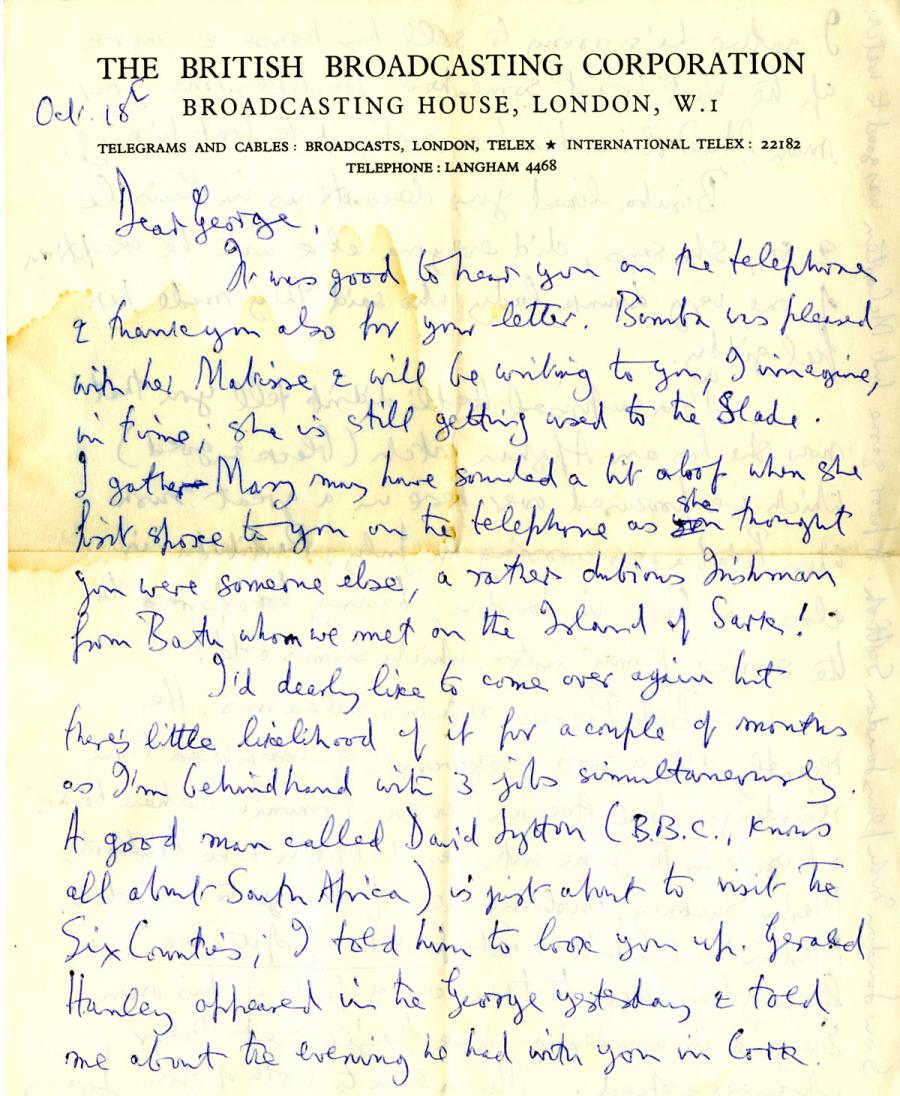 Oct 18th
Dear George, It was good to hear you on the telephone and thank you also for your letter. Bimba was pleased with her Matisse and will be writing to you, I imagine, in time; she is still getting used to the Slade. I gather Mary may have sounded a bit aloof when she first spoke to you on the telephone as she thought you were someone else, a rather dubious Irishman from Bath whom we met on the Island of Sark! I'd dearly like to come over again but there's little likelihood of it for a couple of months as I'm behindhand with 3 jobs simultaneously. A good man called David Lytton (B.B.C., knows all about South Africa) is just about to visit the Six Counties; I told him to look you up. Gerald Hanley appeared in the George yesterday and told me about the evening he had with you in Cork.