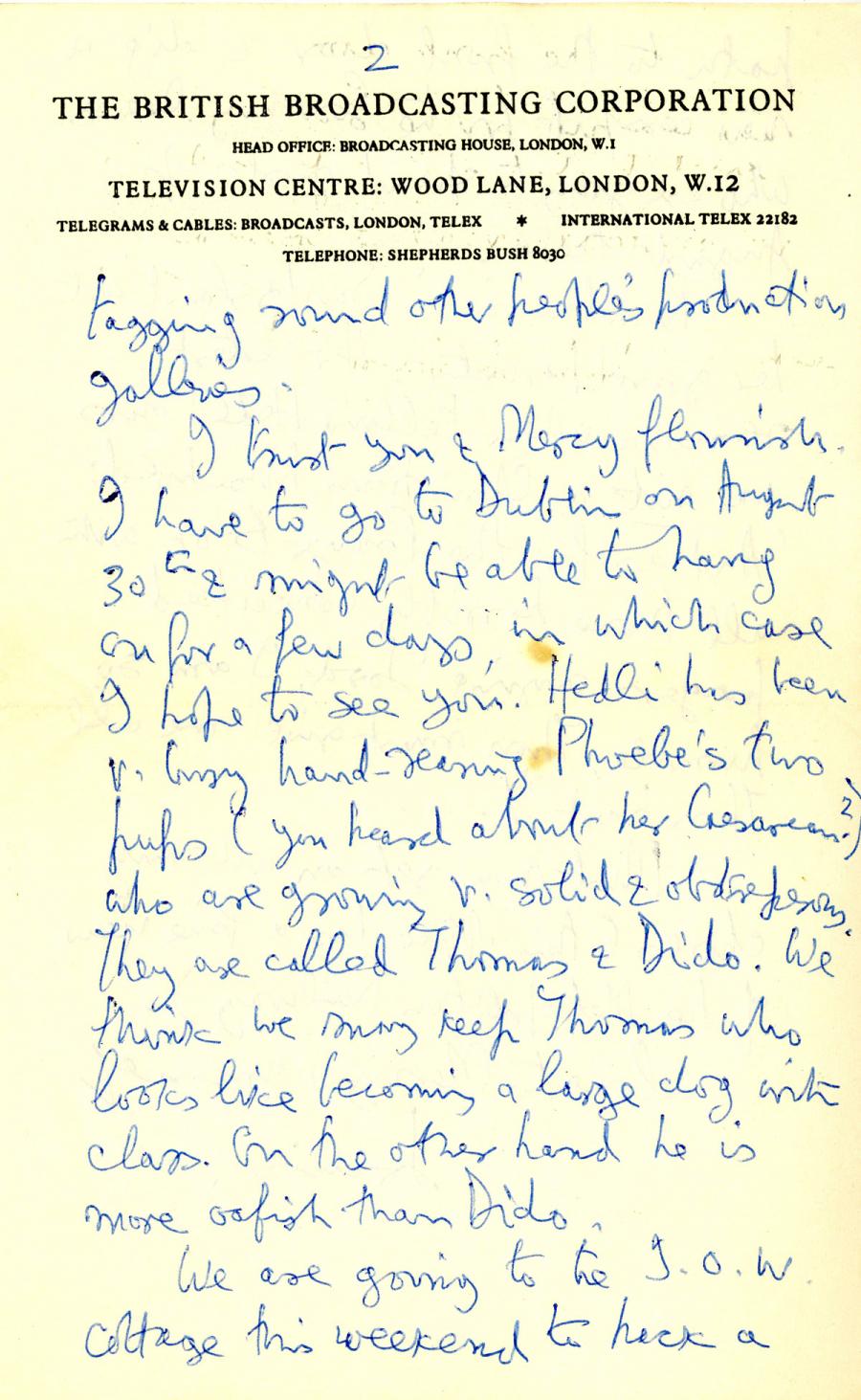 tagging round other people's production galleries. I trust you and Mercy flourish. I have to go to Dublin on August 30th and might be able to hang on for a few days, in which case I hope to see you. Hedli has been v. busy hand-rearing Phoebe's two pups (you heard about her caesarean) who are growing v. solid. They are called Thomas and Dido. We think we may keep Thomas who looks like becoming a large dog with class. On the other hand he is more oafish than Dido. We are going to the I.O.W. cottage this weekend to hack a