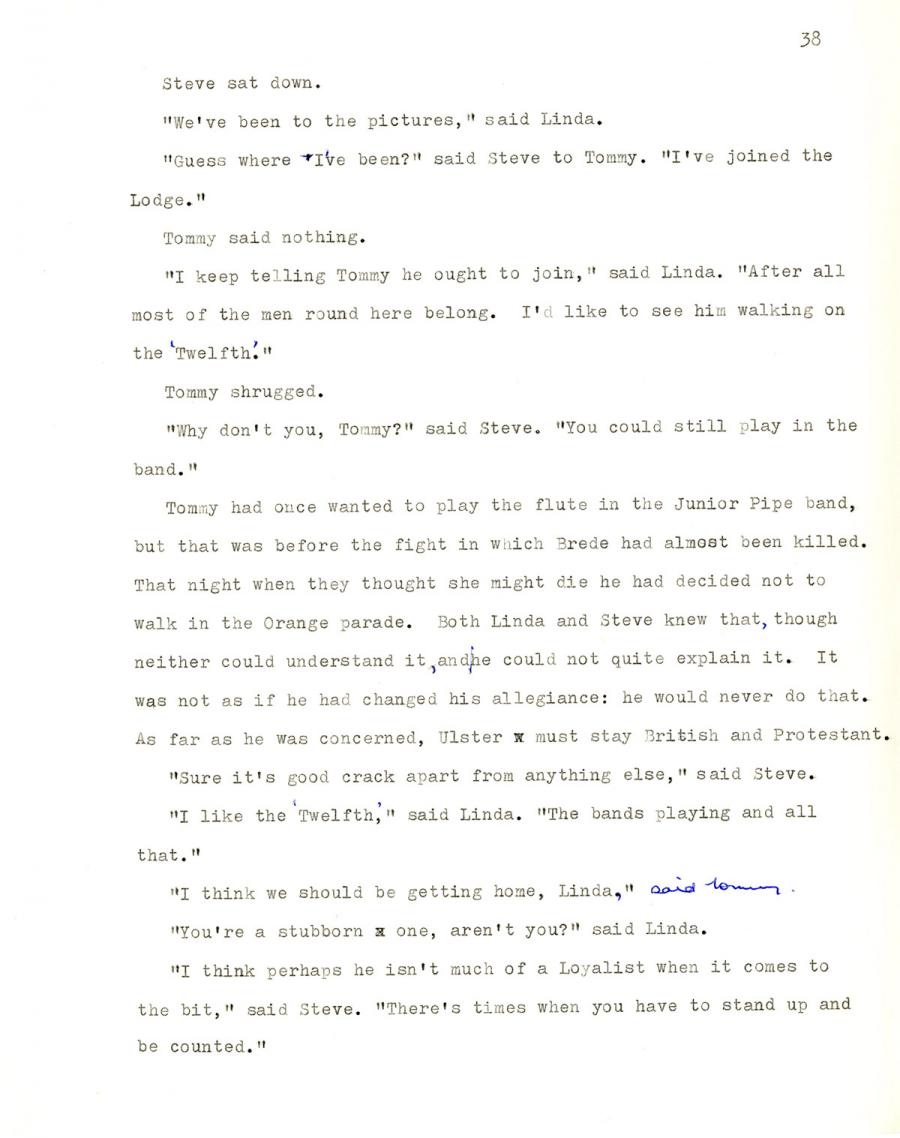 "We've been to the pictures," said Linda.

"Guess where I've been?" said Steve to Tommy. "I've joined the
Lodge."

"I keep telling Tommy he ought to join," said Linda. "After all
most of the men round here belong. I'd like to see him walking on
the 'Twelfth'"

Tommy had once wanted to play the flute in the Junior Pipe band,
but that was before the fight in which Brede had almost been killed.
That night when they thought she might die he had decided not to
walk in the Orange parade. Both Linda and Steve knew that, though
neither could understand it, and he could not quite explain it. It
was not as if he had changed his allegiance: he would never do that.
As far as he was concerned, Ulster must stay British and Protestant.

"Sure it's good crack apart from anything else," said Steve.

"I like the Twelfth," said Linda. "The bands playing and all
that.»

"I think we should be getting home, Linda," said Tommy.

"You're a stubborn one, aren't you?" said Linda.

"I think perhaps he isn't much of a Loyalist when it comes to
the bit," said Steve. "There's times when you have to stand up and
be counted."