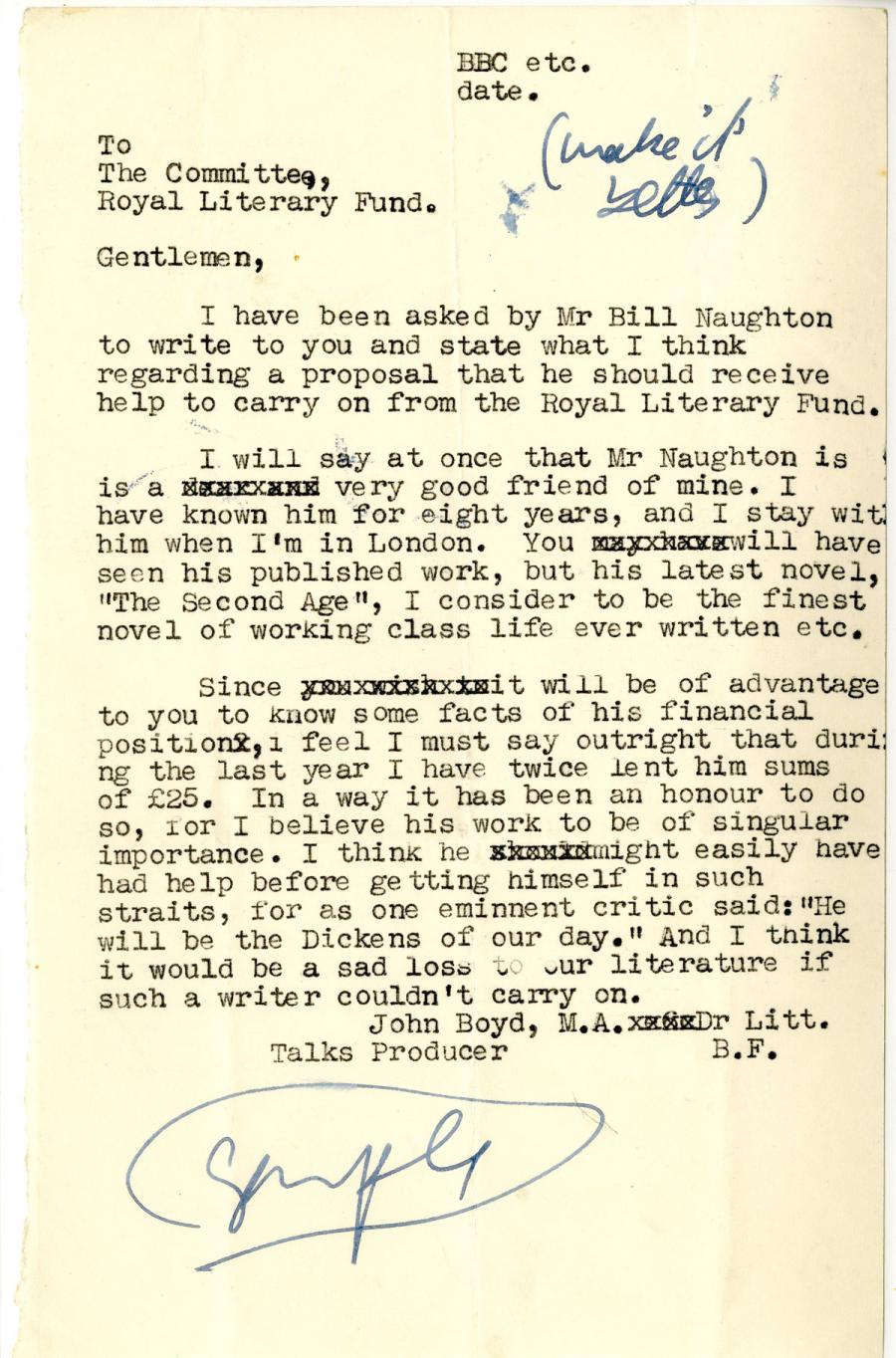 To
The Committee,
Royal Literary Fund.

I have been asked by Mr Bill Naughton
to write to you and state what I think
regarding a proposal that he should receive
help to carry on from the Royal Literary Fund.

I will say at once that Mr Naughton is
is'a xxsxxxxxxxx very good friend of mine. I
have known him for eight years, and I stay with
him when I‘m in London. You xxxxxxxxxwill have
seen his published work, but his latest novel,
"The Second Age", I consider to be the finest
novel of working class life ever written etc.

Since xxxxxxxxxxx will be of advantage
to you to know some facts of his financial
positions,! feel I must say outright that duri
ng the last year I have twice lent him sums
of £25. In a way it has been an honour to do
so, for I believe his work to be of singular
importance. I think he xxxxxxmight easily have
had help before ge tting himself in such
straits, for as one eminnent critic said: "He
will be the Dickens of our day".And I think
it would be a sadlIoss to your literature if
such a writer couldn't carry on.