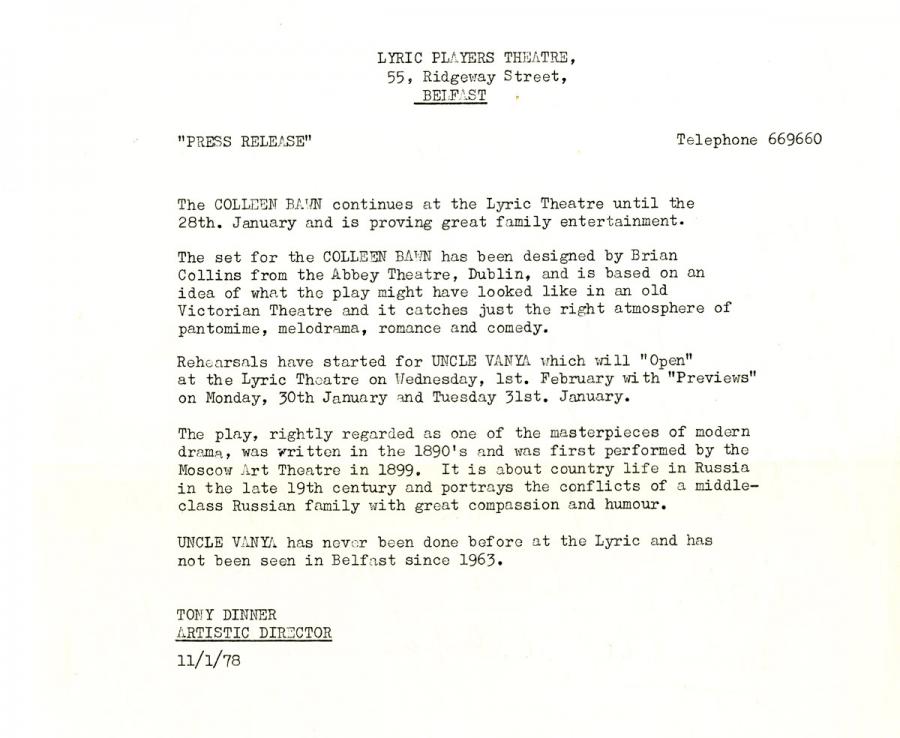 The COLLEEN BAWN continues at the Lyric Theatre until the
28th. January and is proving great family entertainment.

The set for the COLLEEN BAWN has been designed by Brian
Collins from the Abbey Theatre, Dublin, and is based on an
idea of what the play might have looked like in an old
Victorian Theatre and it catches just the right atmosphere of
pantomime, melodrama, romance and comedy.

Rehearsals have started for UNCLE VANYA which will "Open"
at the Lyric Theatre on Wednesday, 1st. February with "Previews"
on Monday, 30th January and Tuesday 31st. January.

The play, rightly regarded as one of the masterpieces of modern
drama, was written in the 1890's and was first performed by the
Moscow Art Theatre in 1899. It is about country life in Russia
in the late 19th century and portrays the conflicts of a middle-
class Russian family with great compassion and humour.

UNCLE VANYA has never been done before at the Lyric and has
not been seen in Belfast since 1963.