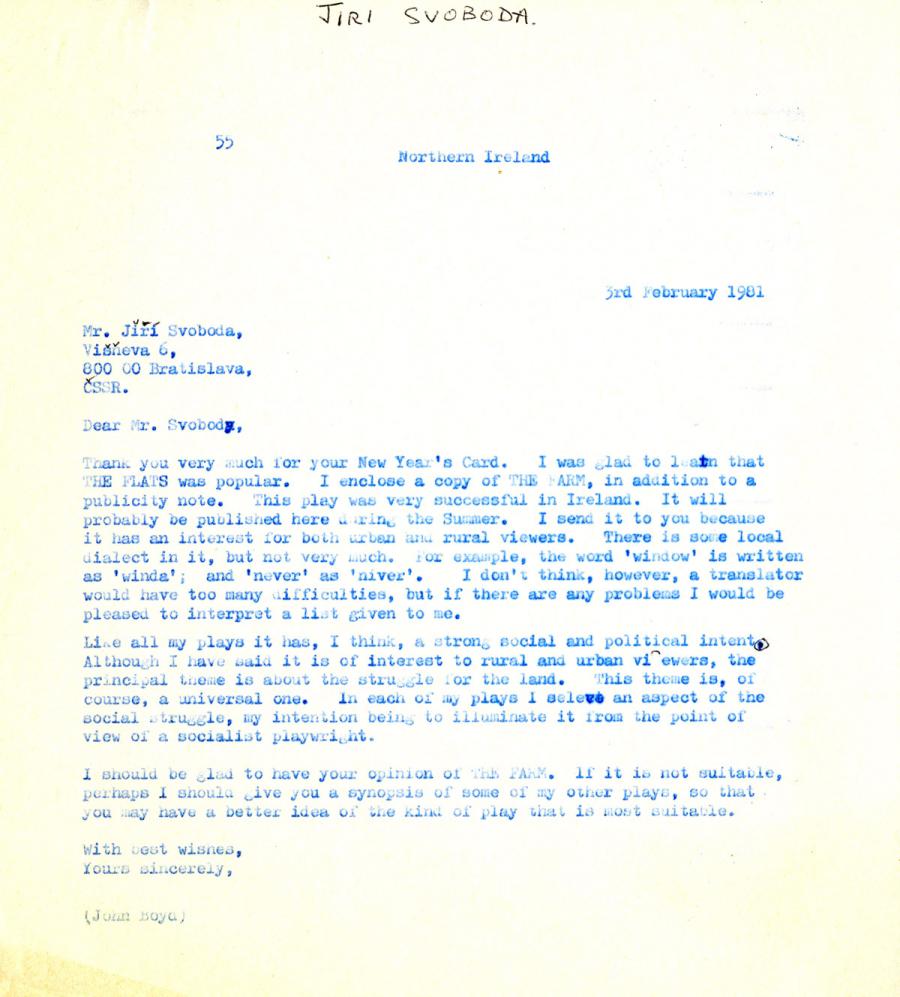 Thank you very much tor your New Year's Card. I was glad to learn that
THE FLATS was popular. I enclose a copy of THE FARM, in addition to a
publicity note. This play was very successful in Ireland. It will
probably oe published here during the summer. I send it to you because
it has an interest for both urban and rural viewers. There is a more local
dialect in it, but not very much. For example, the word 'window' is written
as 'winda'; and 'never' as 'niver'. I don't think, however, a translator
would have too many difficulties, but if there are any problems I would be
pleased to interpret a list given to me.

Like all my plays it has, I think, a strong social and political intent^
Although I have said it is of interest to rural and urban viewers, the
principal theme is about the struggle for the land. This theme is, of
course, a universal one. In each of my plays i select an aspect of the
social struggle, my intention being to illuminate it fron the point of
view of a socialist playwright.

I should be glad to have your opinion of THE FARM. If it is not suitable,
perhaps I should give you a synopsis of some of my other plays, so that
you may have a better idea of the Kind of play that is most suitable.

With best wishes,
Yours sincerely,