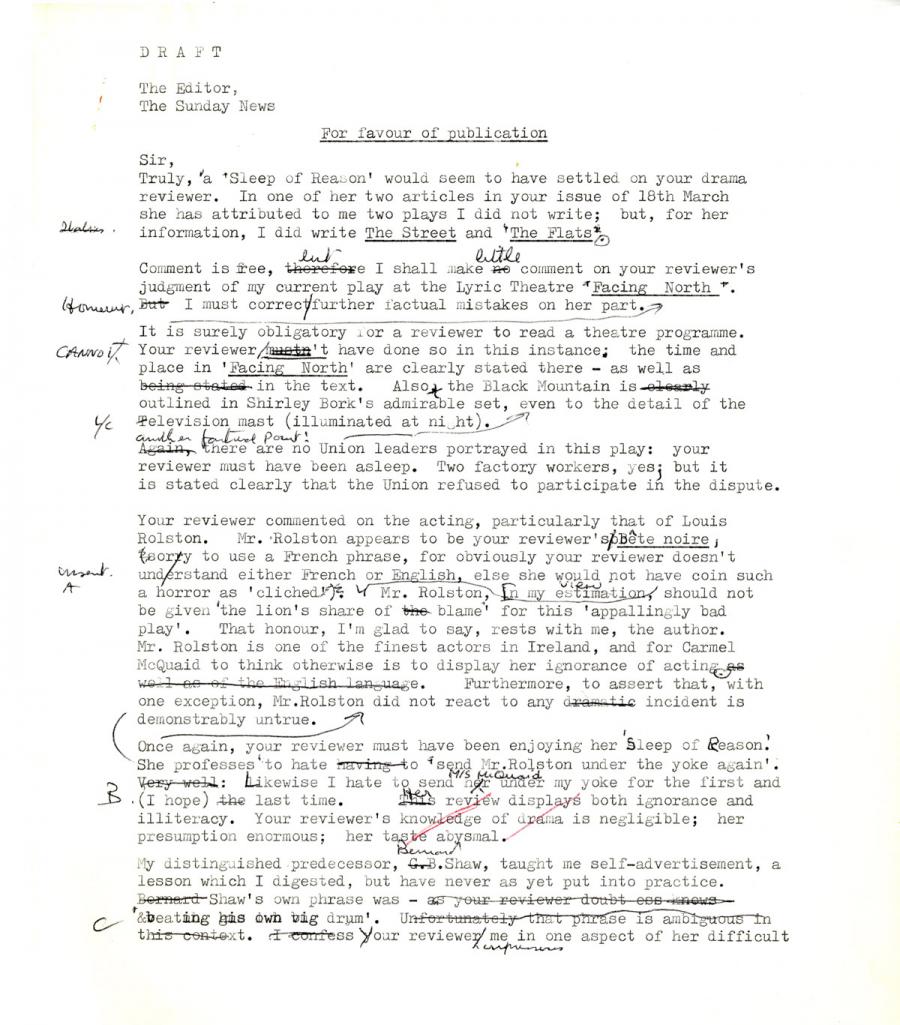 The Editor,
The Sunday News

For favour of publication

Truly, 'A Sleep of Reason' would seem to have settled on your drama
reviewer. In one of her two articles in your issue of 18th March she
has attributed to me two plays I did not write; but, for her information,
I did write The street and The Flats.

Comment is free, but 1 sha11 make little comment on your reviewer's
judgment of my current play at the Lyric Theatre, Facing North.
However, I must correct/further factual mistakes on her part.
It is surely obligatory for a reviewer to read a theatre programme.
Your reviewer cannot have a done so in this instance: the time end
place in Facing North are clearly stated there - as well as
in the text. Also the Black Mountain is
outlined in Shirley Bork's admirable set, even tothe detail of the
television mast (illuminated at night).
Another factual point:

Your reviewer commented on the acting, particularly that of Louis
Rolston. Mr. Rolston appears to be your reviewer’s bete noire,
(sorry to use a French phrase, for obviously your reviewer doesn't
understand either French or English, else she would not have coind such
a horror as 'cliched). Mr. Rolston, In my

My distinguished predecessor, Bernard Shaw, taught me self- advertisement,
a lesson wiich I digested, but have never as yet put into practice.