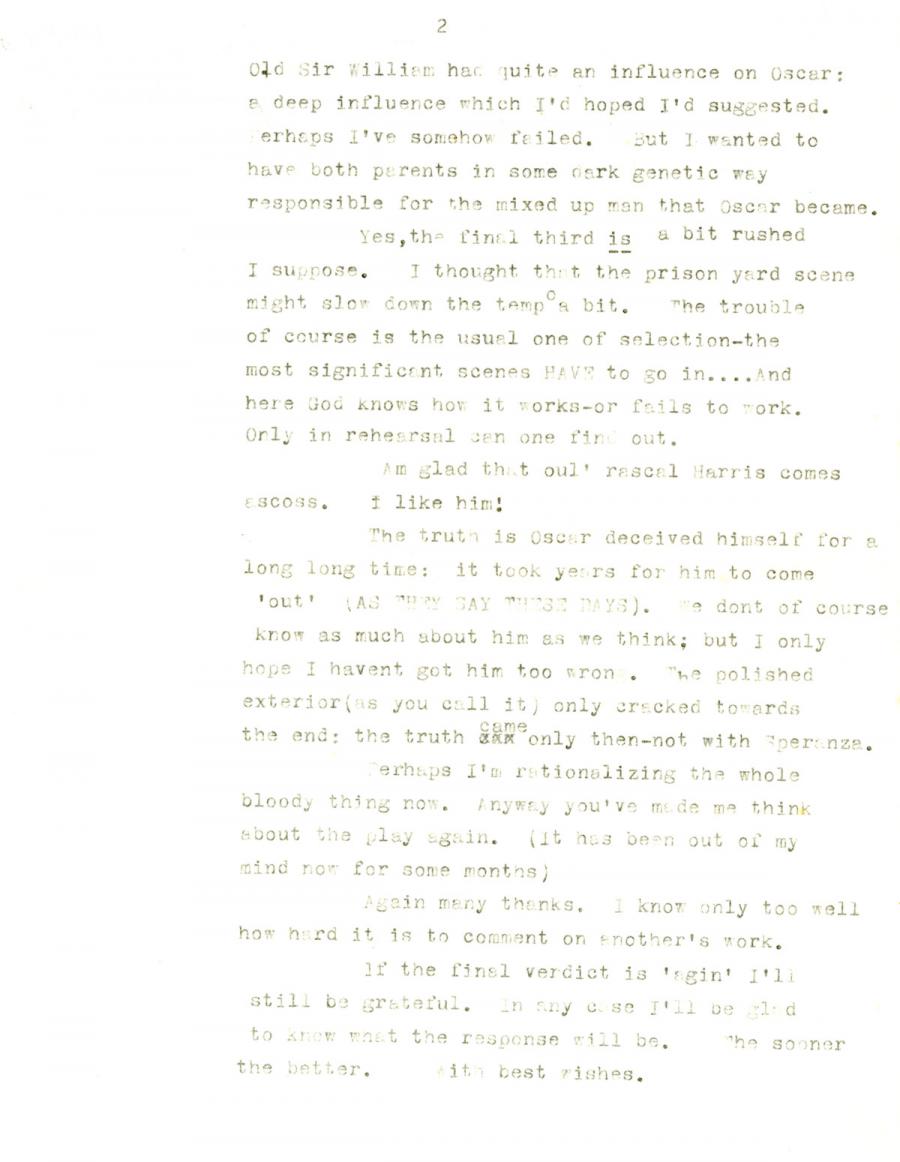 0ld Sir William had quite an influence on Oscar;
a deep influence which I’d hoped I’d suggested.
Perhaps I’ve somehow failed. But I wanted to
have both parents in some dark genetic way
responsible for the mixed-up man that Oscar became.

Yes,the final third is a kit rushed
I suppose. I thought that the prison yard scene
might slow down the tempo a bit. The trouble
of course is the usual one of selection-the
most significant scenes HAVE to go in....And
here God knows how it works-or fails to work.
Only in rehearsal can one find out.

Am glad that oul' rascal Harris comes
across. I like him!

The truth is Oscar deceived himself for a
long long time: it took years for him to come
’out’ (AS THEY SAY THESE DAYS). We dont of course
know as much about him as we think; but I only
hope I havent got him too wrong. The polished
exterior(as you call it) only cracked towards
the end; the truth came only then-not with Speranza.

Perhaps I’m rationalizing the whole
bloody thing now. Anyway you’ve made me think
about the play again. (It has been out of my
mind now for some months)

Again many thanks. I know only too well
how hard it is to comment on another's work.

If the final verdict is 'agin' I'll
still be grateful. In any case I'll be glad
to know what the response will be. The sooner
the better. With best wishes.