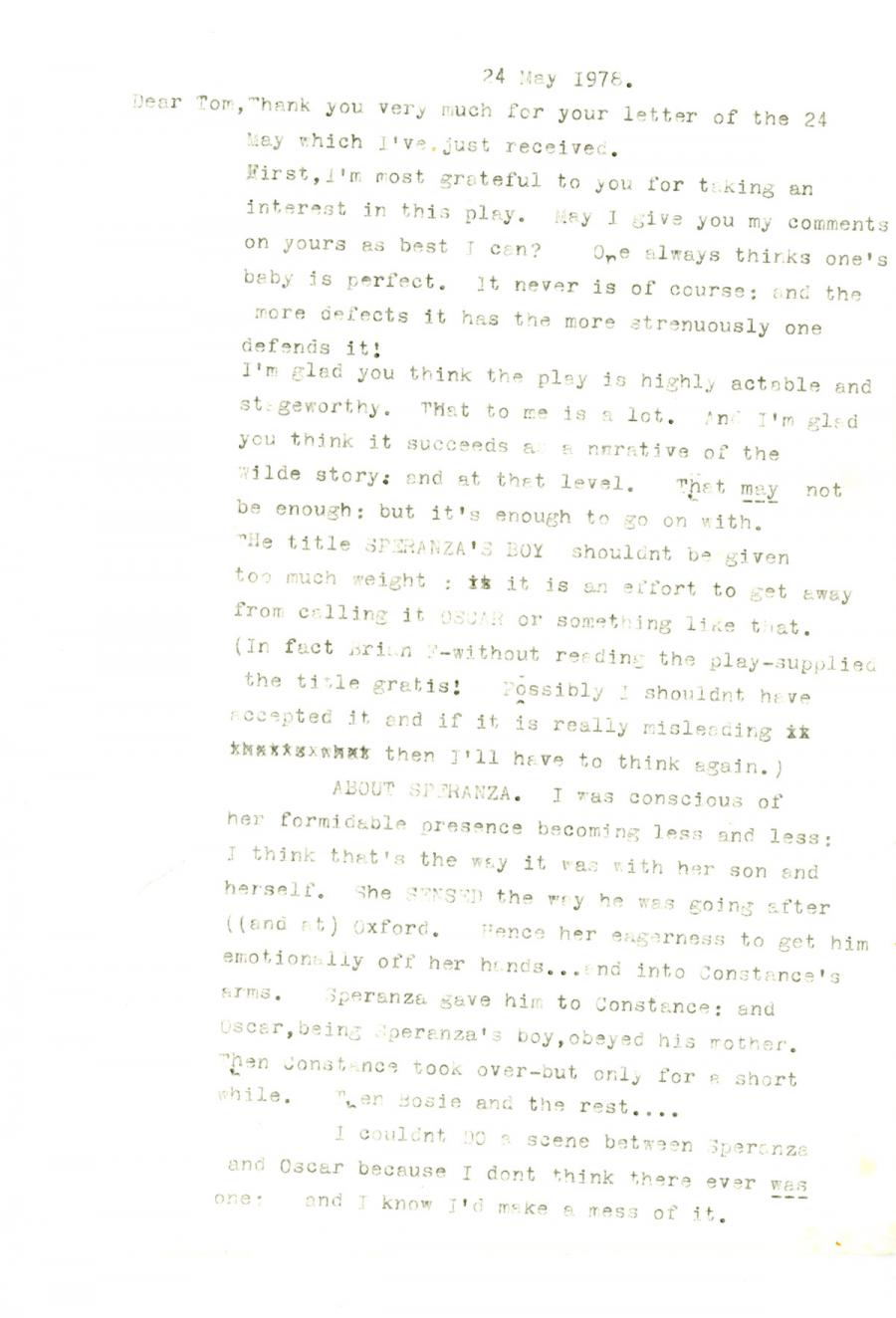 Dear Tom,Thank you very much for your letter of the 23
May which I’ve just received.
First,I'm most grateful to you for taking an
interest in this play. May I give you my comments
on yours as best I can? One always thinks one's
baby is perfect. It never is of course: and the
more defects it has the more strenuously one
defends it!
I'm glad you think the play is highly actable and
stageworthy. THat to me is a lot. And I’m glad
you think it succeeds as a narative of the
Wilde story: and at that level. That may not
be enough: but it's enough to go on with.
THe title SPSRANZA'S BOY shouldnt be given
too much weight ; it is an effort to get away
from calling it OSCAR or something like that.
(In fact Brian F-without reading the play-supplied
the title gratis! Possibly I shouldnt have
accepted it and if it is really misleading **
*********** then I'll have to think again.)

ABOUT SPERANZA. I was conscious of
her formidable presence becoming less and less:
I think that's the way it was with her son and
herself. She SENSED the way he was going after
((and at) Oxford. Hence her eagerness to get him
emotionally off her hands...and into Constance's
arms. Speranza gave him to Constance: and
Oscar,being Speranza’s boy,obeyed his mother.
Then Constance took over-but only for a short
while. Then Bosie and the rest....

I couldnt DO a scene between Speranza

and Oscar because I dont think there ever was
one: and I know I'd make a mess of it.