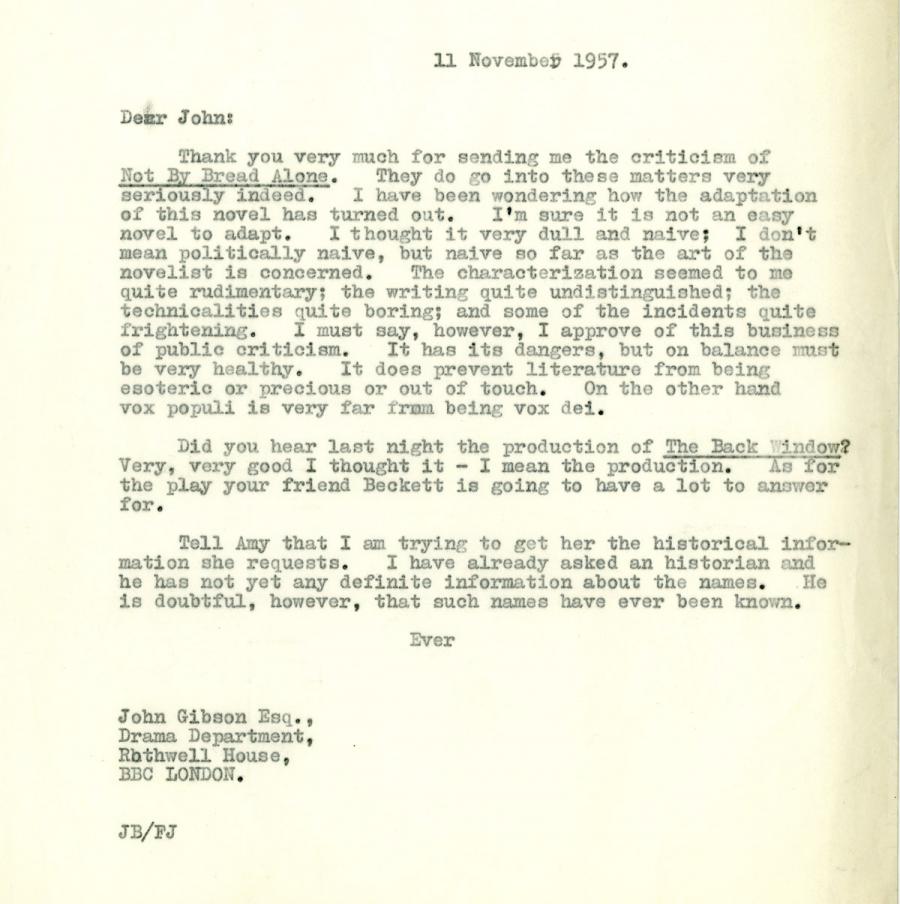 Thank you very much for sending me the criticism of
Not By Bread Alone. They do go into these matters very
seriously indeed. I have been wondering how the adaptation
of this novel has turned out. I'm sure it is not an easy
novel to adapt. I thought it very dull and naive; I don't
mean politically naive, but naive so far as the art of the
novelist is concerned. The characterization seemed to me
quite rudimentary; the writing quite undistinguished; the
technicalities quite boring; and some of the incidents quite
frightening. I must say, however, I approve of this business
of public criticism. It has its dangers, but on balance must
be very healthy. It does prevent literature from being
esoteric or precious or out of touch. On the other hand
vox populi is very far from being vox dei.

Did you hear last night the production of The Back Window?
Very, very good I thought it - I mean the production. As for
the play your friend Beckett is going to have a lot to answer
for.

Tell Amy that I am trying to get her the historical infor-
mation she requests. I have already asked an historian and
he has not yet any definite information about the names. He
is doubtful, however, that such names have ever been known.