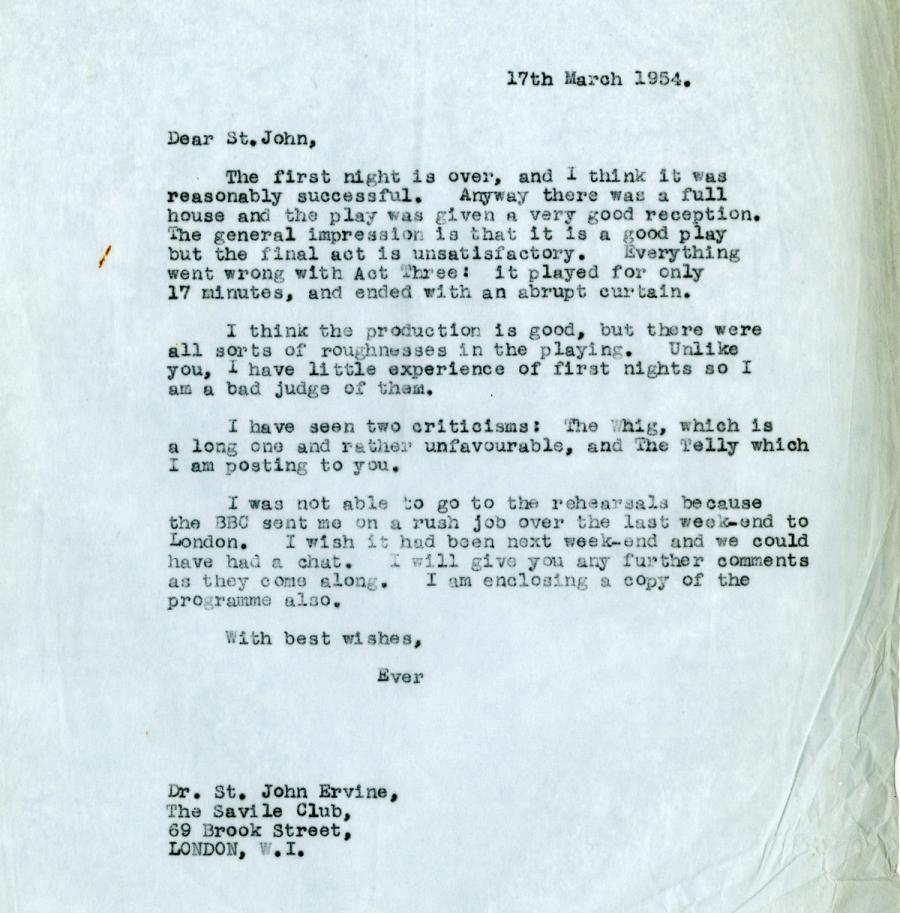 The first night is over, and i think it was
reasonably successful. Anyway there was a full
house and the play was given a very good reception.

The general impression is that it is a good play
but the final act Is unsatisfactory. Everything
went wrong with Act Three: it played for only
17 minutes, and ended with an abrupt curtain.

I think the production is good, but there were
all sorts of roughnesses in the playing. Unlike
you, i have little experience of first nights so I
am a bad judge of them.

I have seen two criticisms: The Whig, which is
a long one and rather unfavourable, and The Telly which
I am posting to you,

I was not able to go to the rehearsals because
the BBC sent me on a rush job over the last week-end to
London. I wish it had been next week-end and we could
have had a chat. T will give you any further comments
as they come along. I am enclosing a copy of the
programme also.

With best wishes,
Ever