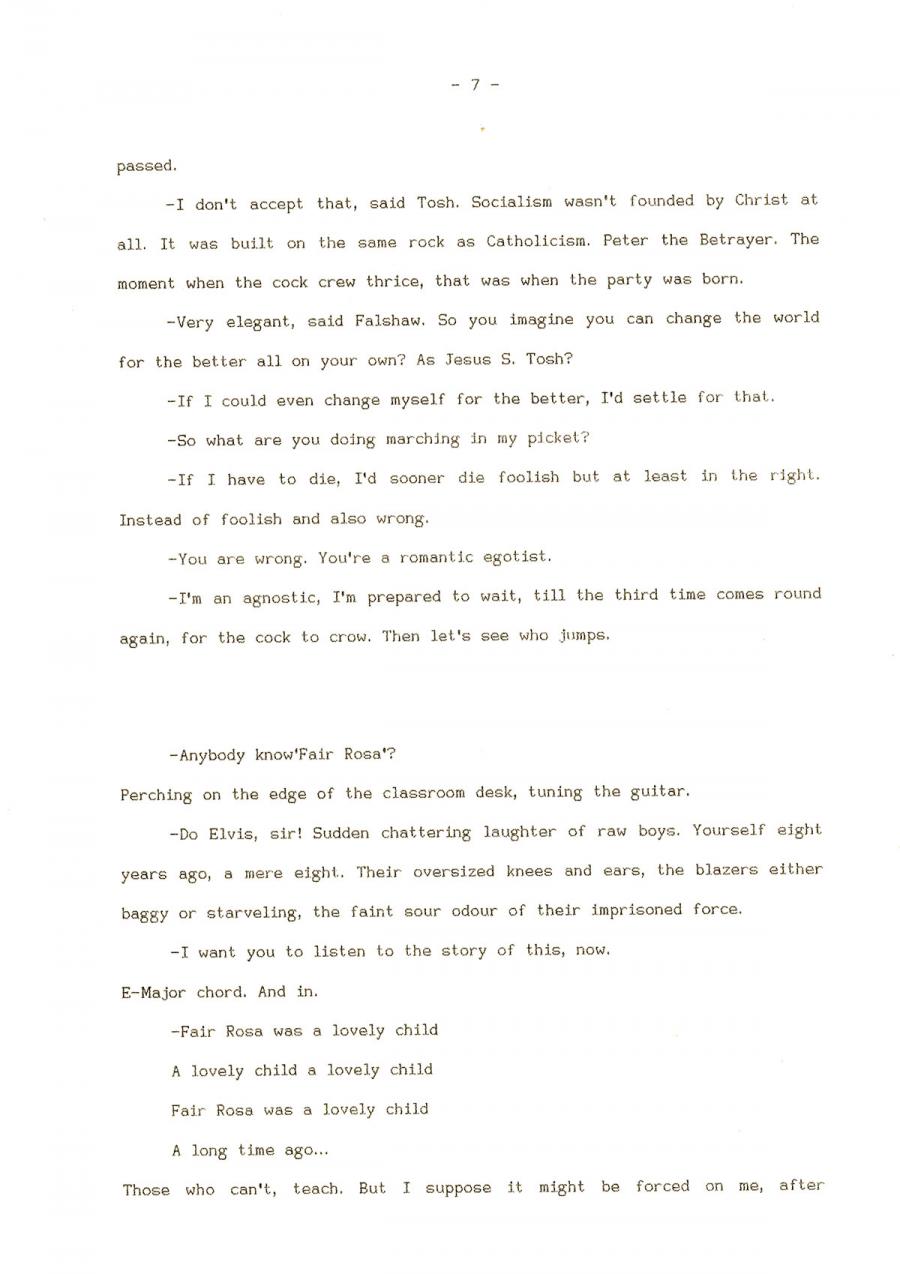 -I don't accept that, said Tosh, Socialism wasn't founded by Christ at
all. It was built on the same rock as Catholicism. Peter the Betrayer. The
moment when the cock crew thrice, that was when the party was born.

-Very elegant, said Falshaw. So you imagine you can change the world
for the better all on your own? As Jesus S. Tosh?

-If I could even change myself for the better, I'd settle for that.

-So what are you doing marching in my picket?

-If I have to die, I'd sooner die foolish but at least in the right.
Instead of foolish and also wrong.

-You are wrong, You're a romantic egotist.

-I'm an agnostic, I'm prepared to wait, till the third time comes round
again, for the cock to crow. Then let's see who jumps.

Perching on the edge of the classroom desk, tuning the guitar.

-Do Elvis, sir! Sudden chattering laughter of raw boys, Yourself eight
years ago, a mere eight. Their oversized knees and ears, the blazers either
baggy or starveling, the faint sour odour of their imprisoned force.

-I want you to listen to the story of this, now.

E-Major chord. And in.

Those who can't, teach. But I suppose it might be forced on me, after