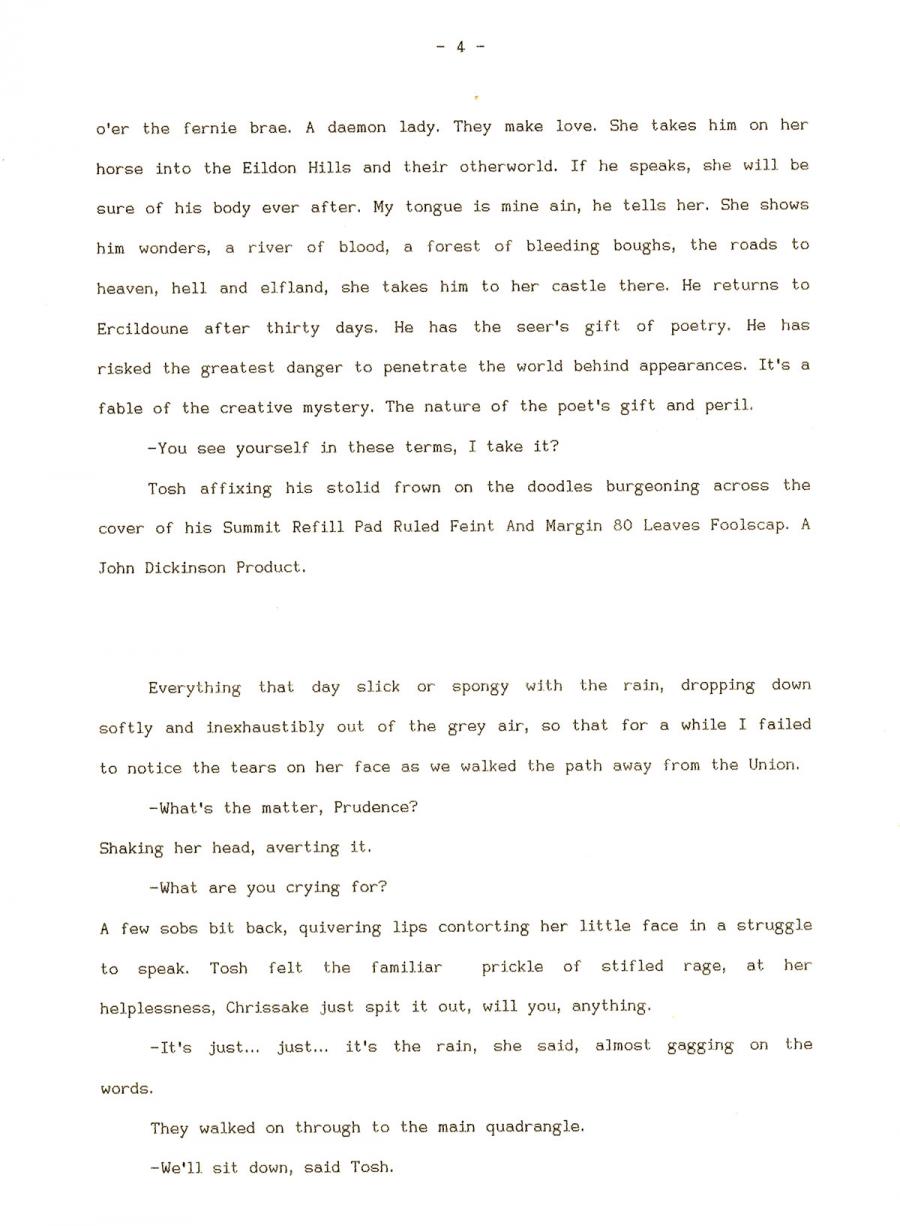 o'er the fernie brae. A daemon lady. They make love. She takes him on her
horse into the Eildon Hills and their otherworld. If he speaks, she will be
sure of his body ever after. My tongue is mine ain, he tells her. She shows
him wonders, a river of blood, a forest of bleeding boughs, the roads to
heaven, hell and elfland, she takes him to her castle there. He returns to
Ercildoune after thirty days, He has the seer's gift of poetry. He has
risked the greatest danger to penetrate the world behind appearances. It's a
fable of the creative mystery. The nature of the poet's gift and peril.

-You see yourself in these terms, I take it?

Tosh affixing his stolid frown on the doodles burgeoning across the
cover of his Summit Refill Pad Ruled Feint And Margin 80 Leaves Foolscap. A
John Dickinson Product,

Everything that day slick or spongy with the rain, dropping down
softly and inexhaustibly out of the grey air, so that for a while I failed
to notice the tears on her face as we walked the path away from the Union,

Shaking her head, averting it.

-What are you crying for?

A few sobs bit back, quivering lips contorting her little face in a struggle
to speak. Tosh felt the familiar prickle of stifled rage, at her
helplessness, Chrissake just spit it out, will you, anything,

They walked on through to the main quadrangle.