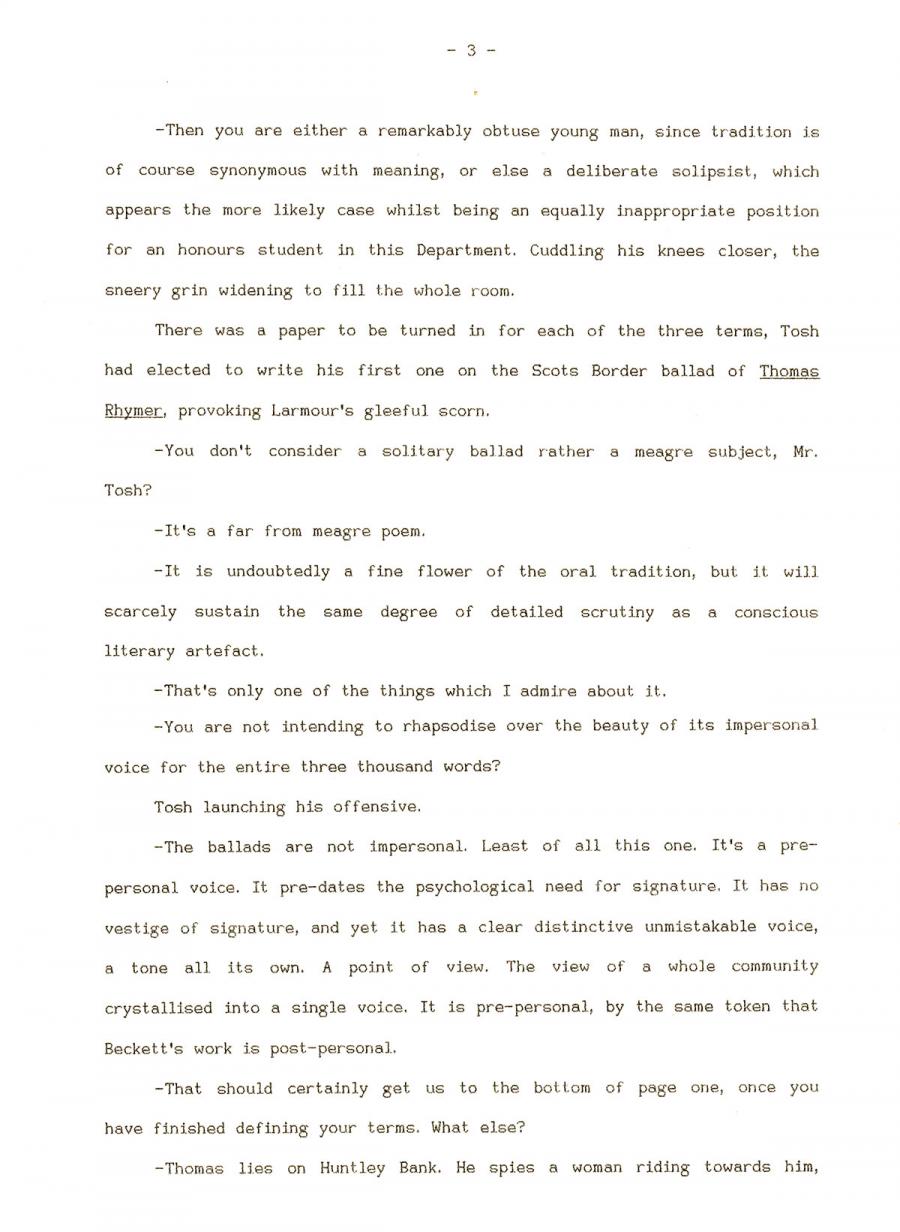 ﻿- 3 -
-Then you are either a remarkably obtuse young man, since tradition is
of course synonymous with meaning, or else a deliberate solipsist, which
appears the more likely case whilst being an equally inappropriate position
for an honours student in this Department, Cuddling his knees closer, the
sneery grin widening to fill the whole room.

There was a paper to be turned in for each of the three terms, Tosh
had elected to write his first one on the Scots Border ballad of Thomas
Rhymer, provoking Larmour's gleeful scorn.

-You don’t consider a solitary ballad rather a meagre subject, Mr,

-It’s a far from meagre poem.

-It is undoubtedly a fine flower of the oral tradition, but it will
scarcely sustain the same degree of detailed scrutiny as a conscious
literary artefact,

-That’s only one of the things which I admire about it.

-You are not intending to rhapsodise over the beauty of its impersonal
voice for the entire three thousand words?

-The ballads are not impersonal, Least of all this one. It’s a pre-
personal voice. It pre-dates the psychological need for signature. It has no
vestige of signature, and yet it has a clear distinctive unmistakable voice,
a tone all its own. A point of view. The view of a whole community
crystallised into a single voice, It is pre-personal, by the same token that
Beckett’s work is post-personal.

-That should certainly get us to the bottom of page one, once you
have finished defining your terms. What else?

-Thomas lies on Huntley Bank. He spies a woman riding towards him,