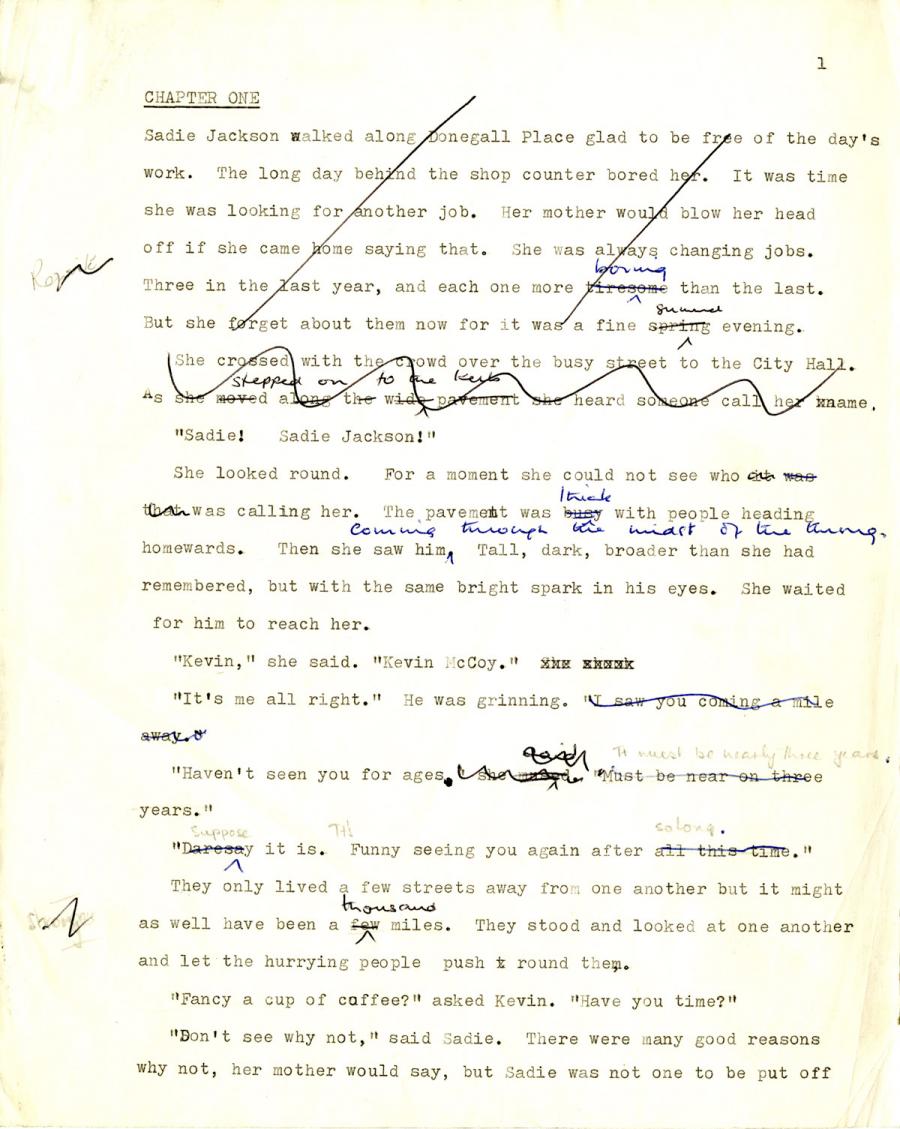 "Sadie! Sadie Jackson!"
She looked round. For a moment she could not see who was calling her. The pavement was thick with people heading
homewards. Then she saw him coming through the midst of the throng. Tall, dark, broader than she had
remembered, but with the same bright spark in his eyes. She waited
for him to reach her.

"It's me all right." He was grinning.

"Haven't seen you for ages. . It must be nearly three
years.”

“Suppose it is. Funny seeing you again after so long.”

They only lived a few streets away from one another but it might
as well have been a thousand miles. They stood and looked at one another
and let the hurrying people push round them.

"Fancy a cup of coffee?" asked Kevin. "Have you time?"

"Don't see why not," said Sadie. There were many good reasons
why not, her mother would say, but Sadie was not one to be put off