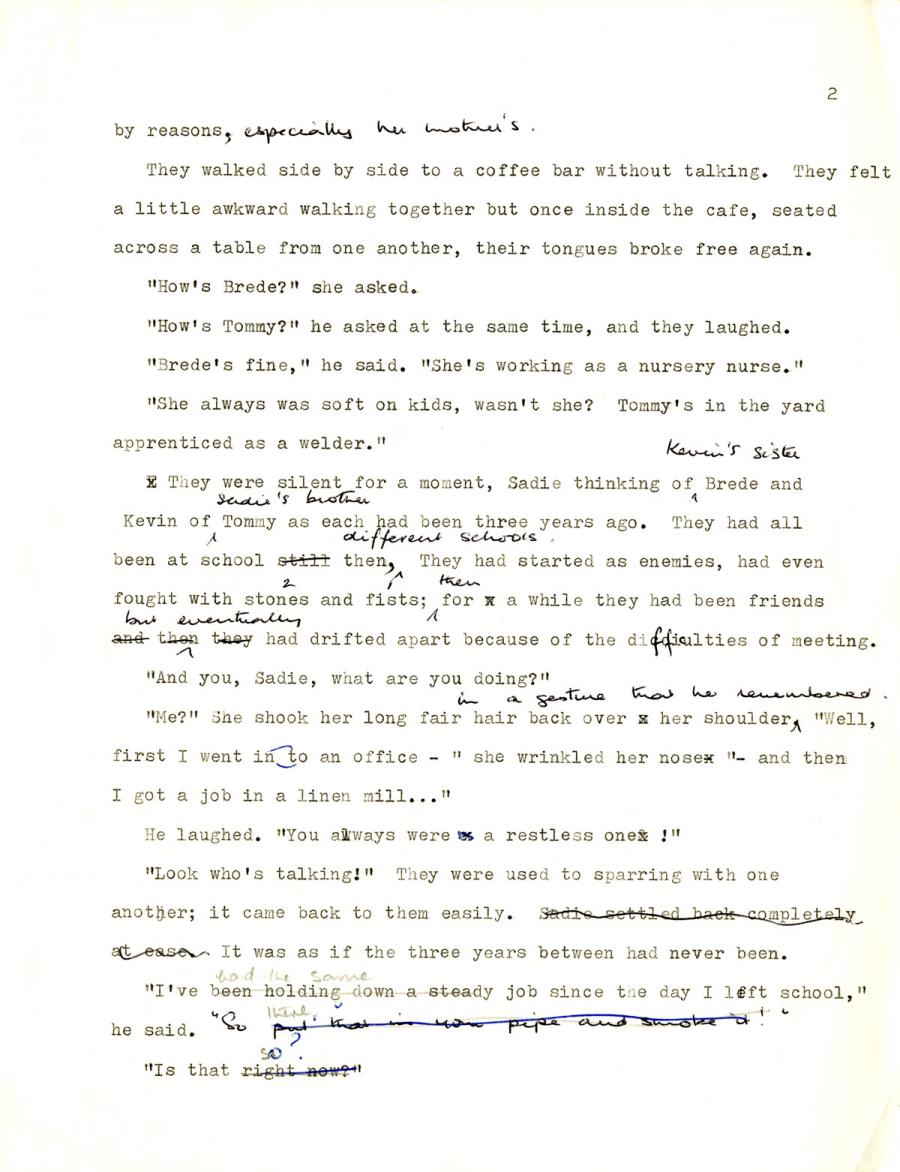 They walked side by side to a coffee bar without talking. They felt
a little awkward walking together but once inside the cafe, seated
across a table from one another, their tongues broke free again.

"How's Tommy?" he asked at the same time, and they laughed.

"She always was soft on kids, wasn't she? Tommy's in the yard
apprenticed as a welder. "

They were silent for a moment, Sadie thinking of Kevin's sister Brede and
Kevin of Sadie's brother Tommy as each had been three years ago. They had all
been at school then., different schools. They had started as enemies, had even
fought with stones and fists; then for a while they had been friends
but eventually had drifted apart because of the difficulties of meeting.

"And you, Sadie, what are you doing?"

"Me?" She shook her long fair hair back over her shoulder in a gesture that he remembered. "Well,
first I went into an office - " she wrinkled her nose and then
I got a job in a linen mill..."

He laughed. "You always were a restless one !""

"Look who's talking!" They were used to sparring with one
another; it came back to them easily. It was as if the three years between had never been.