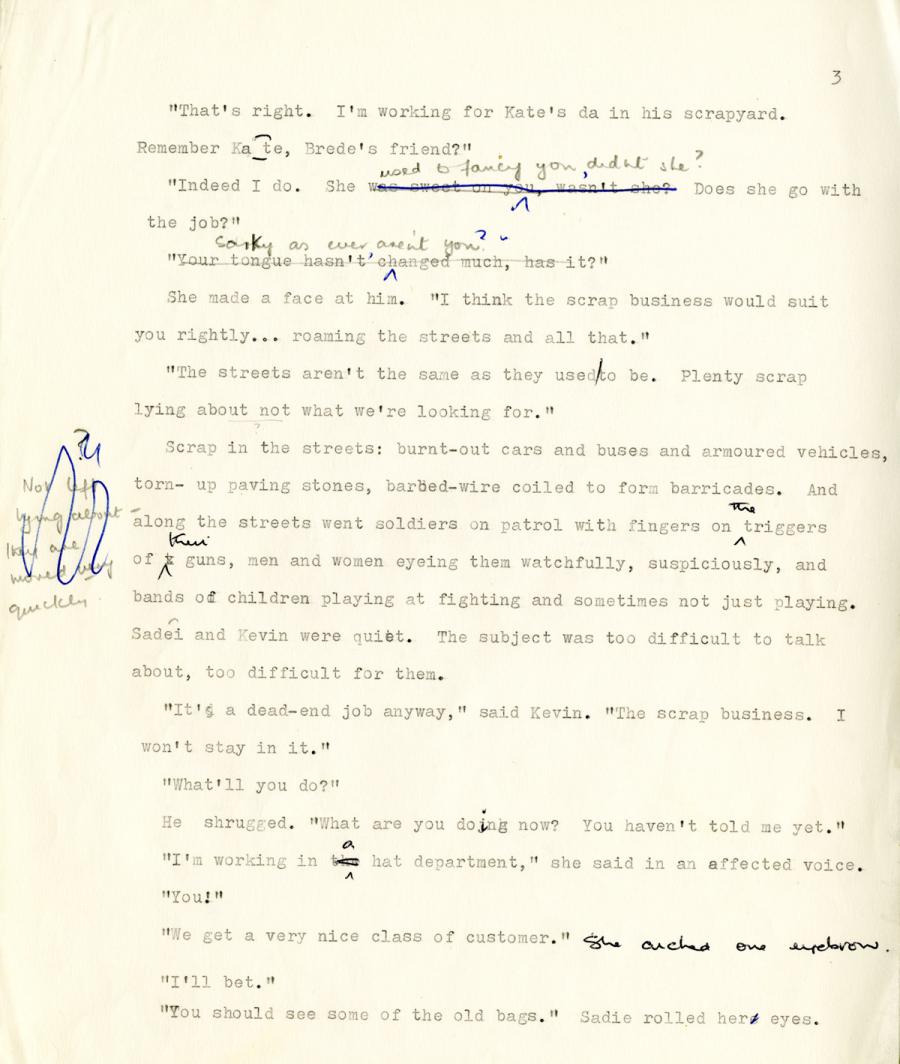 "Indeed I do. She used to fancy you, didn't she? Does she go with
the job?"

She made a face at him. "I think the scrap business would suit
you rightly... roaming the streets and all that."

"The streets aren't the same as they used to be. Plenty scrap
lying about not what we're looking for."

Scrap in the streets: burnt-out cars and buses and armoured vehicles,
torn-up paving stones, barbed-wire coiled to form barricades. And
along the streets went soldiers on patrol with fingers on the triggers
of their guns, men and women eyeing them watchfully, suspiciously, and
bands of children playing at fighting and sometimes not just playing.
Sadei and Kevin were quiet. The subject was too difficult to talk
about, too difficult for them.

He shrugged. "What are you dojng now? You haven't told me yet."

"I'm working in a hat department," she said in an affected voice.

"We get a very nice class of customer." She arched one eyebrow.

'You should see some of the old bags." Sadie rolled her eyes.