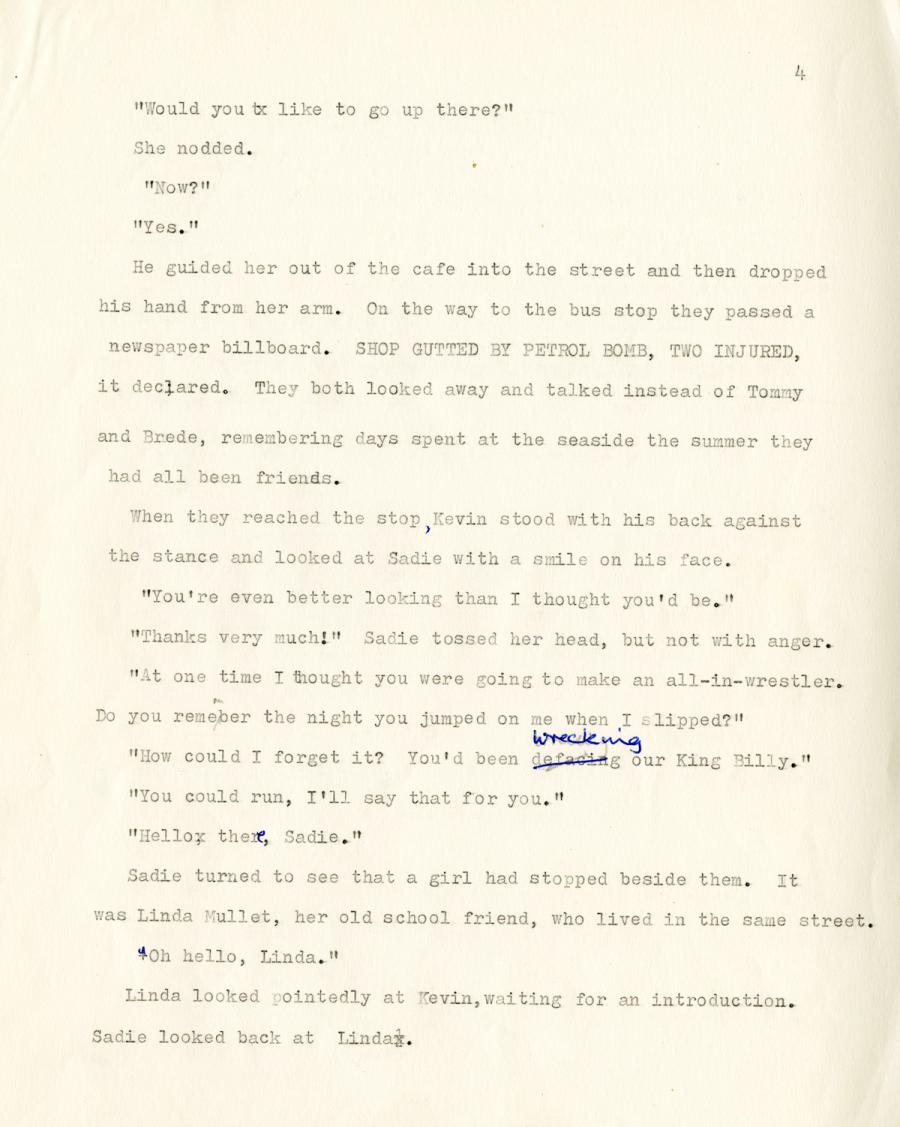 He guided her out of the cafe into the street and then dropped
his hand from her arm. On the way to the bus stop they passed a
newspaper billboard. SHOP GUTTED BY PETROL BOMB, TWO INJURED,
it declared. They both looked away and talked instead of Tommy
and Brede, remembering days spent at the seaside the summer they
had all been friends.

When they reached the stop, Kevin stood with his back against
the stance and looked at Sadie with a smile on his face.

"You're even better looking than I thought you'd be."

"Thanks very much!" Sadie tossed her head, but not with anger.

"At one time I -thought you were going to make an all-in-wrestler.
Do you remember the night you jumped on me when I slipped?"

"How could I forget it? You'd been wrecking our King Billy."

Sadie turned to see that a girl had stopped beside them. It
was Linda Mullet, her old school friend, who lived in the same street.

Linda looked pointedly at Kevin,waiting for an introduction.
Sadie looked back at Linda.