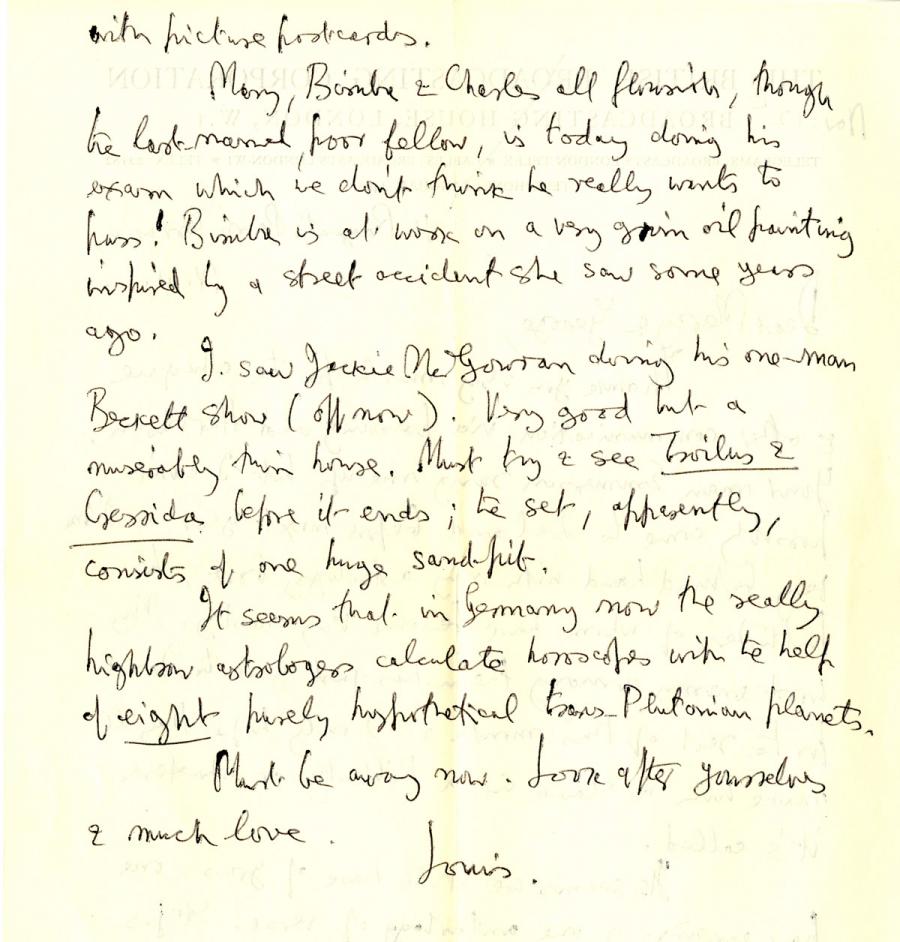 with picture postcards. Mary, Bimba and Charles all flourish, though the last named, poor fellow, is today doing his exam which we don't think he really wants to pass! Bimba is at work on a very grim oil painting inspired by a street accident she saw some years ago. I saw Jackie McGowran during his one-man Beckett show (off now). Very good but a miserably thin house. Must try and see Troilus and Cressida before it ends; the set, apparently, consists of one huge sandpit. It seems that in Germany now the really highbrow astrologers calculate horoscopes with the help of eight purely hypothetical trans-Plutonian planets. Must be away now. Look after yourselves and much love. Louis.