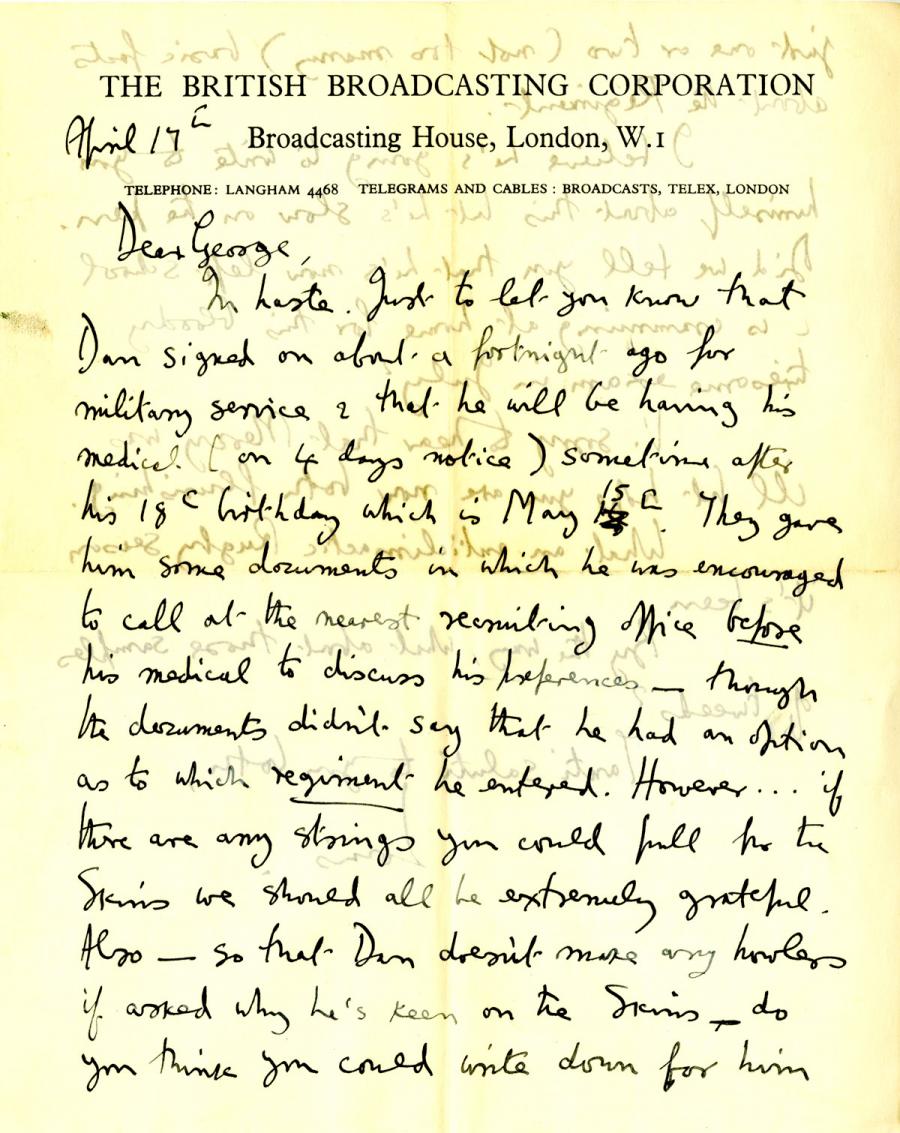 April 19th
Dear George, In haste. Just to let you know that Dan signed on about a fortnight ago for military service and that he will be having his medical (on 4 days notice) sometime after his 18th birthday which is May 15th. They gave him some documents on which he was encouraged to call at the nearest recruiting office before his medical to discuss his preferences – though the documents didn't say that he had an option as to which regiment he entered. However...if there are any strings you could pull for the Skins we should all be extremely grateful. Also – so that Dan doesn't make any howlers if asked why he's keen on the Skins – do you think you could write it down for him