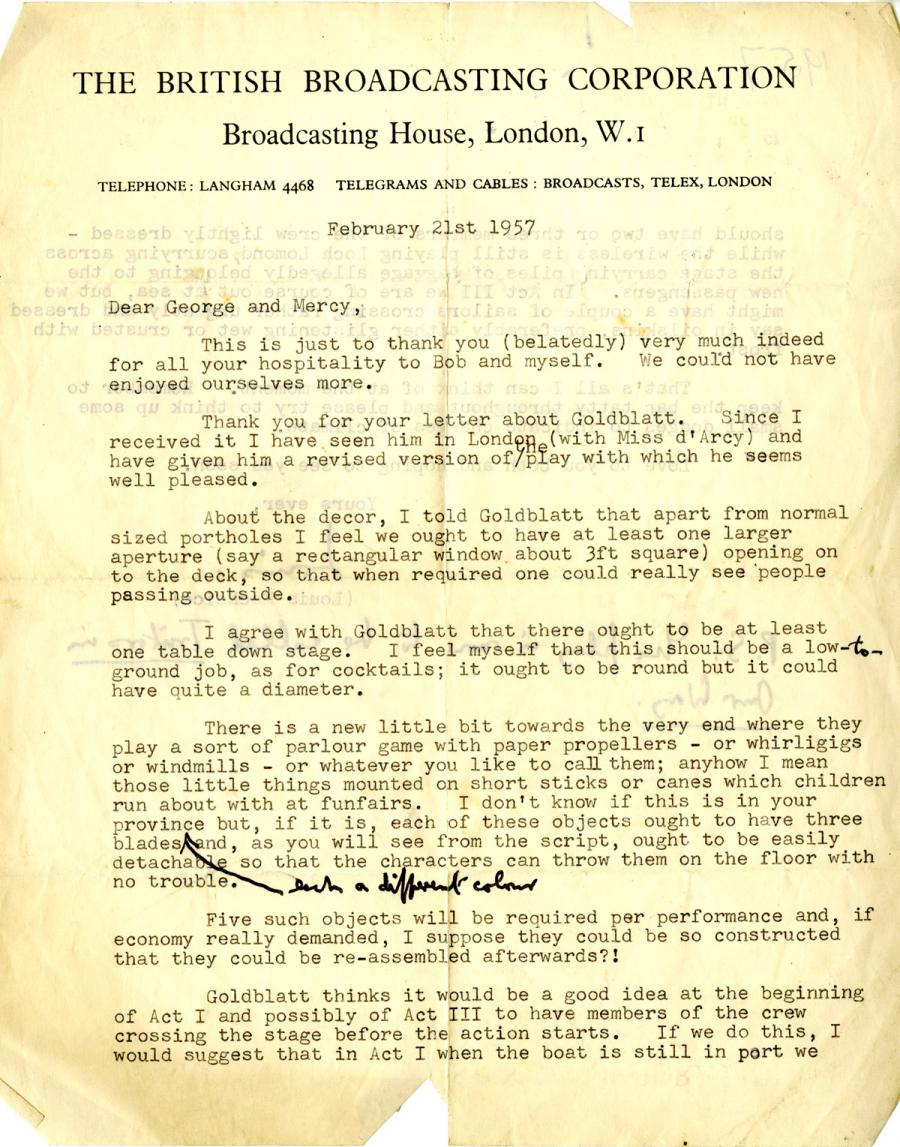 Dear George and Mercy, This is just to thank you (belatedly) very much indeed for all your hospitality to Bob and myself. We could not have enjoyed ourselves more. Thank you for your letter about Goldblatt. Since I received it I have seen him in London (with Miss d'Arcy) and have given him a revised version of the play with which he seems well pleased. About the décor, I told Goldblatt that apart from normal size portholes I feel we ought to have at least one larger aperture (say a rectangular window about 3ft square) opening on to the deck, so that when requires one could really see people passing outside. I agree with Goldblatt that there ought to be at least one table down stage. I feel myself that this should be a low-to-ground job, as for cocktails; it ought to be round but it could have quite a diameter. There is a new little bit towards the very end where they will play a sort of parlour game with paper propellers – or whirligigs or windmills – or whatever you like to call them; anyhow I mean those little things mounted on short sticks or canes which children run about with at funfairs. I don't know if this is in your province [arrow] such a different colour but, if it is, each of these objects ought to have three blades and, as you will see from the script, ought to be easily detachable so that the characters can throw them on the floor with no trouble. Five such objects will be required per performance and, if economy really demanded, I suppose they could be so constructed that they could be re-assembled afterwards?! Goldblatt thinks it would be a good idea at the beginning of act III to have members of the crew crossing the stage before the action starts. If we do this, I would suggest that in Act I when the boat is still in port we