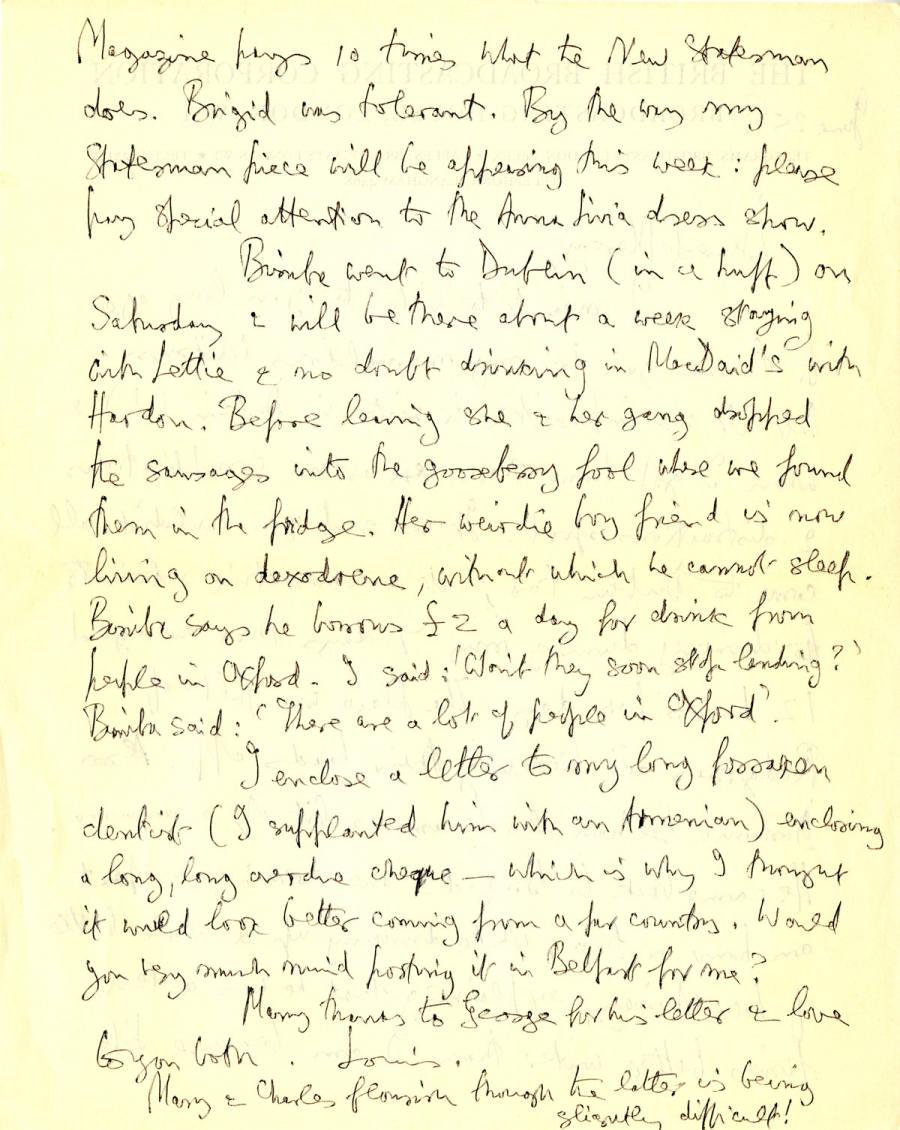 magazine pays 10 times what the New Statesman does. Brigid was tolerant. By the way my Statesman piece will be appearing this week: please pay special attention to the Anna Livia dress show. Bimba went to Dublin (in a huff) on Saturday and will be there about a week staying with Lettie and no doubt drinking in MacDaid's. Before leaving she and her gang dropped sausages into the gooseberry fool where we found them in the fridge. Her weirdie boyfriend is now living on dexedrine, without which he cannot sleep. Bimba says he borrows £2 a day for drink from people in Oxford. I said: 'Won't they soon stop lending?' Bimba said: 'There are a lot of people in Oxford'. I enclose a letter to my long forsaken dentist (I supplanted him with an American) enclosing a long, long overdue cheque – which is why I thought it would look better coming from a far country. Would you very much mind posting it to Belfast for me? Many thanks to George for his letter and love to you both. Louis. Mary and Charles flourish though the latter is being slightly difficult!