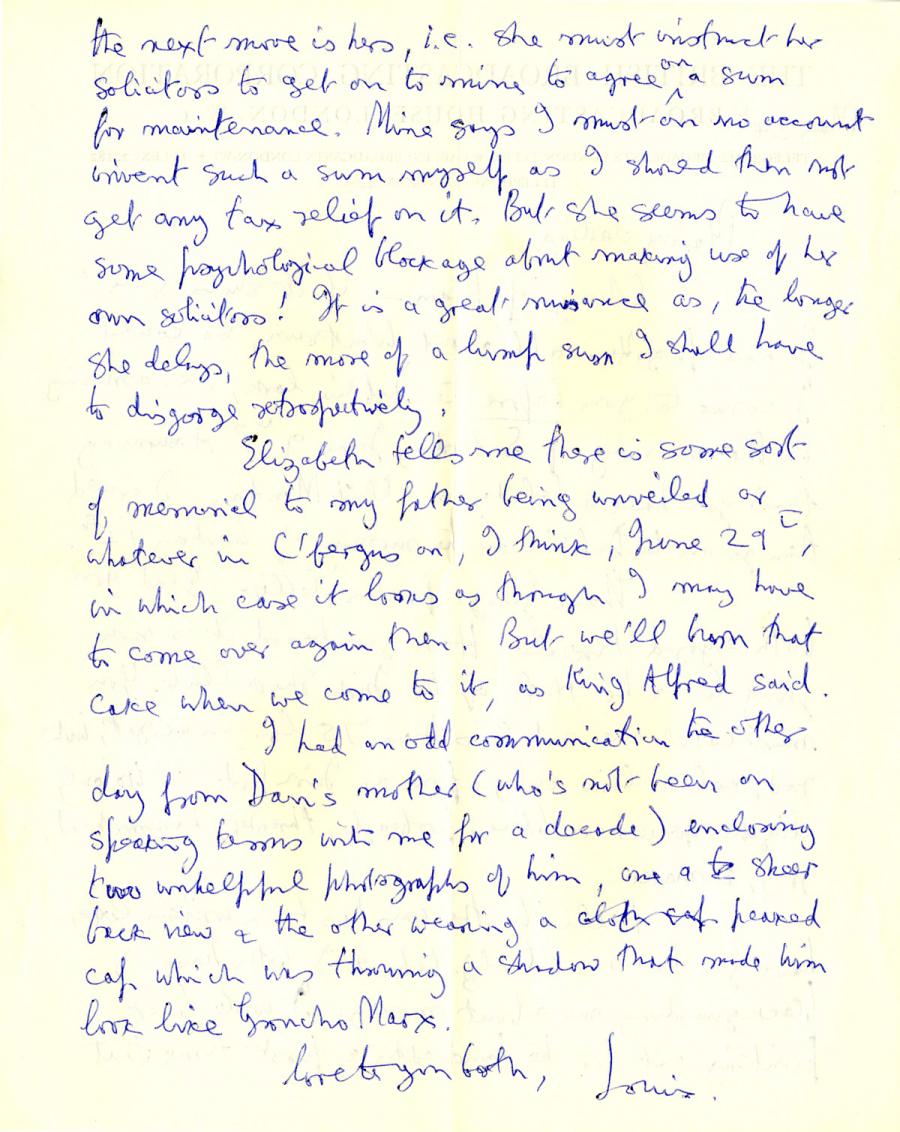 the next move is hers, i.e. she must instruct her solicitors to get on to mine to agree on a sum of maintenance. Mine says I must on no account invent such a sum myself as I should then not get any tax relief on it. But she seems to have some psychological blockage about making use of her own solicitors! It is a great nuisance as, the longer she delays, the more of a lump sum I shall have to disgorge retrospectively. Elizabeth tells me there is some sort of memorial to my father being unveiled or whatever in C'Fergus on, I think, June 29th, in which case it looks as though I may have to come over again then. But we'll have that cake when we come to it, as King Alfred said. I had an odd communication the other day from Dan's mother (who's not been on speaking terms with me for a decade) enclosing two wonderful photographs of him, one a back view and the other wearing a peaked cap which was throwing a shadow that made him look like Groucho Marx. Love to you both, Louis.