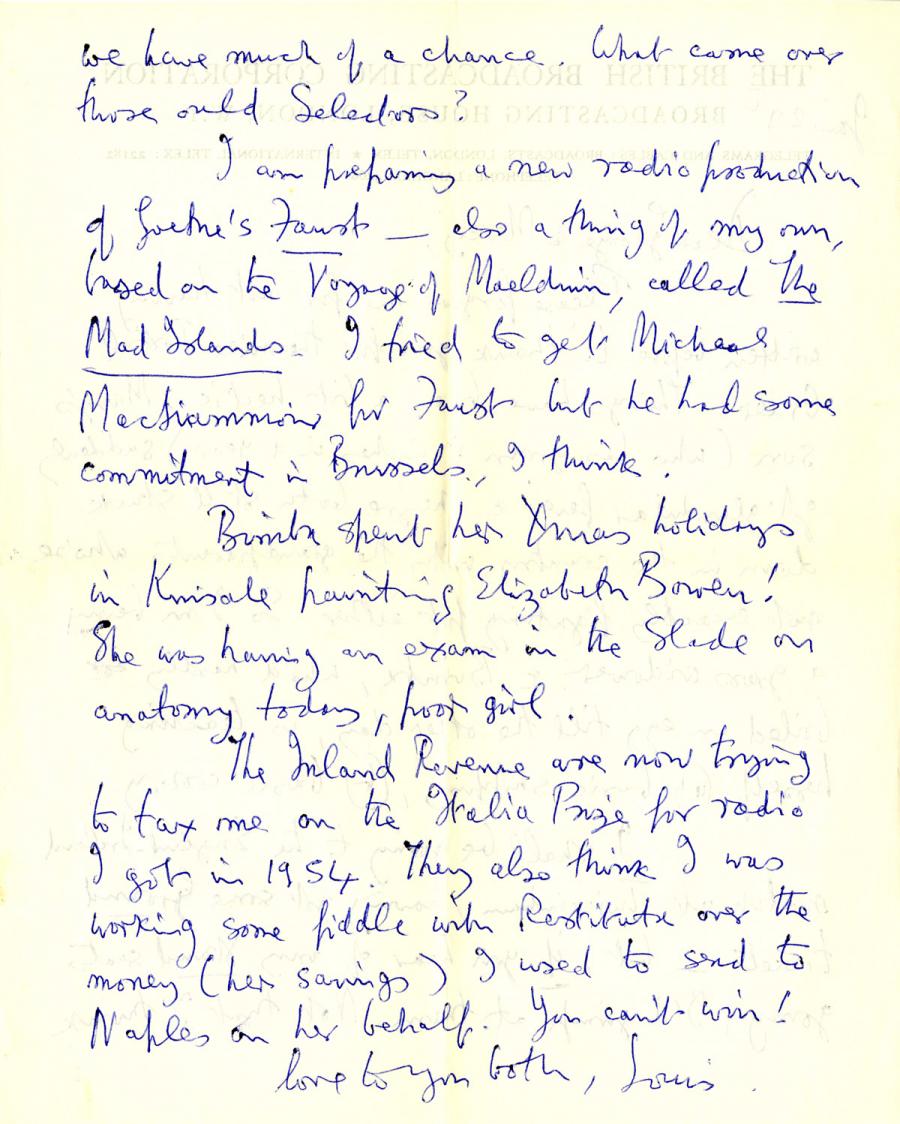 we have much of a chance. What came over those ould Selectors? I am preparing a new radio production of Goethe's Faust – also a thing of my own, based on the voyage of Maelduin, called The Mad Islands. I tried to get Michael MacLiammoir for Faust but he had some commitment in Brussels, I think. Bimba spent her Xmas holidays in Kinsale painting Elizabeth Bowen! She was having an exam in the Slade on anatomy today, poor girl. The Inland Revenue are now trying to tax me on the Italia Prize for radio I got in 1954. They also think I was working some fiddle with Restituta over the money (her savings) I used to send to Naples on her behalf. You can't win! Love to you both, Louis