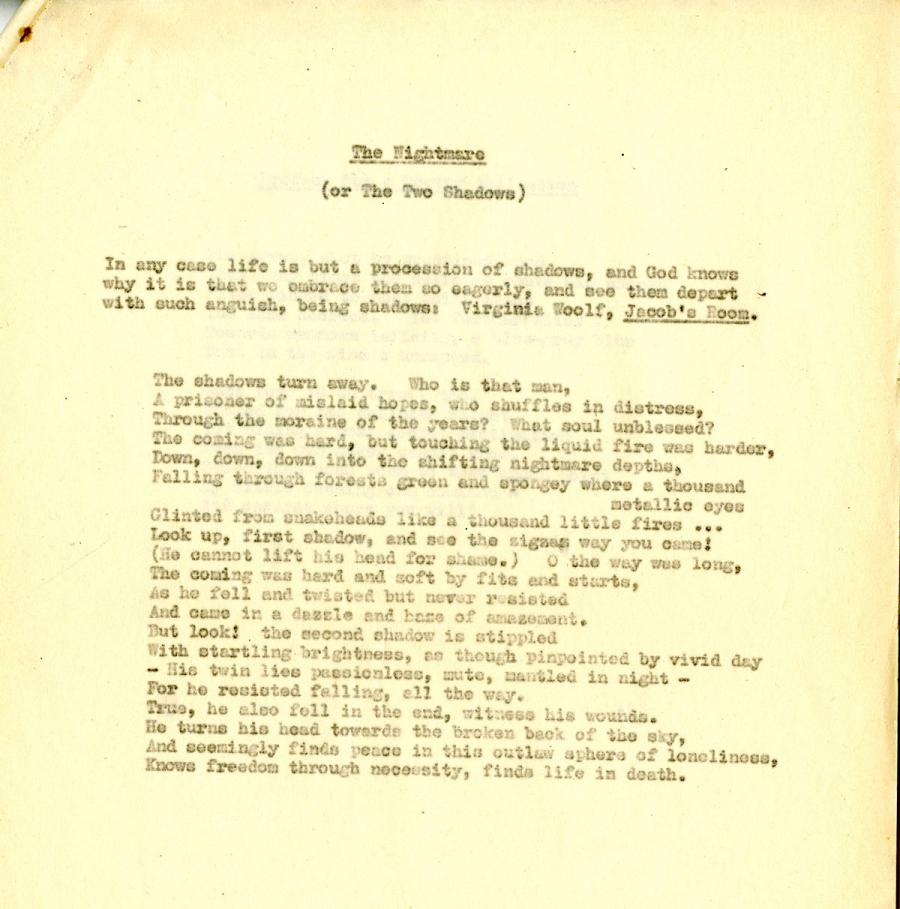 ﻿The Nightmare
(or The Two Shadows)

In any case life is but a procession of shadows, and God knows
why it is that we embrace them so eagerly, and see them depart
with such anguish, being shadows: Virginia Woolf, Jacobs Room.

The shadows turn away. Who is that man,
A prisoner of mislaid hopes, who shuffles in distress,
Through the moraine of the years? What soul unblessed?
The coming was hard, but touching the liquid fire was harder,
Down, down, down into the shifting nightmare depths,
Falling through forests green and spongey where a thousand
metallic eyes

Glinted from snakeheads like a thousand little fires •••
Look up, first shadow, and see the zigzag way you came!
(He cannot lift his head for shame.) O the way was long,
The coming was hard and soft by fits and starts,
As he fell and twisted but never resisted
And came in a dazzle and haze of amazement
But look! the second shadow is stippled
With startling brightness, as though pinpointed, by vivid day
- His twin lies passionless, mute, mantled in night -
For he resisted falling, all the way.
True, he also fell in the end, witness his wounds.
He turns his head towards the broken back of the sky,
And seemingly finds peace in this outlaw sphere of loneliness,
Knows freedom through necessity, finds life in death.