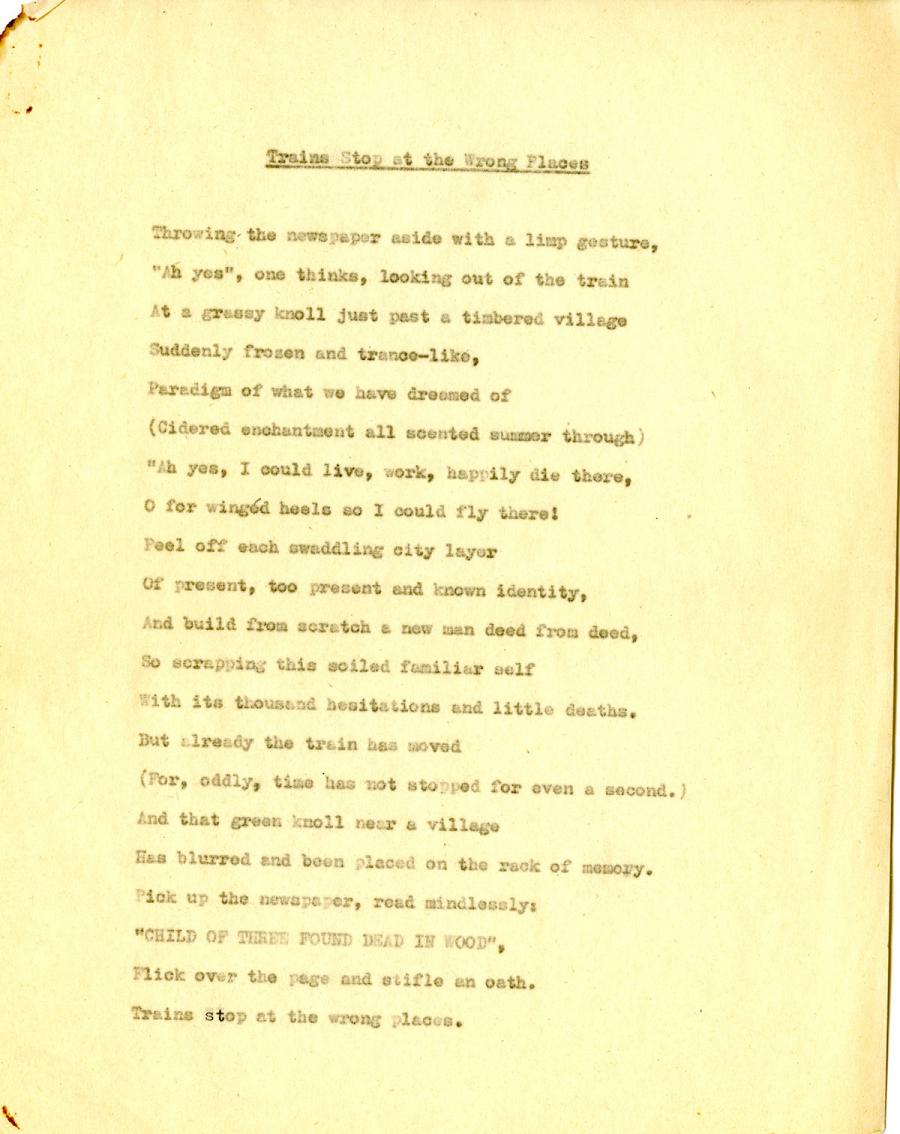 ﻿Trails Stop at the Wrong Places

Throwing the newspaper aside with a limp gesture,
"Ah yea”, one thinks, looking out of the train
At a grassy knoll just past a timbered village
Suddenly frozen and trance-like,
Paradigm of what we have dreamed of
(Cidered enchantment all scented summer through)
"Ah yes, 1 could live, work, happily die there,
0 for winged heels so 1 could fly there!
Feel off each swaddling city layer
Of present, too present end known identity,
And build from scratch a new man deed frow deed,
So scrapping this soiled familiar self
With its thousand hesitations and little deaths.
But already the train has moved
(For, oddly, time has not stopped for even a second.)
And that green knoll near a village
Has blurred and been placed on the rack of memory.
Pick up the newspaper, read mindlessly:
"CHILD OF THERES FOUND DEAD IN WOOD",
Flick over the page and stifle an oath.
Trains stop at the wrong places.