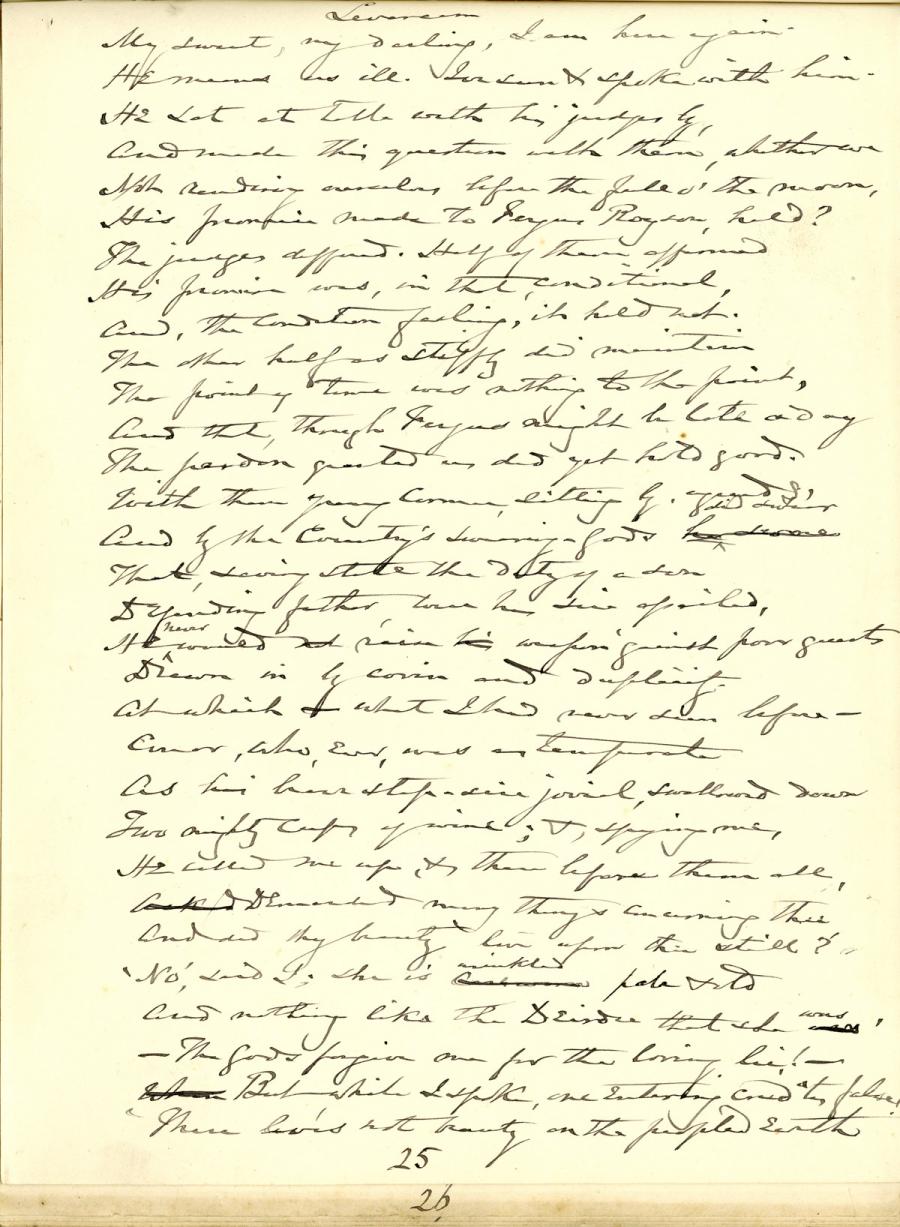 ﻿LEVARCAM.
My sweet, my darling, I am here again
He means us ill. I've seen and spoke with him.
He sat at table with his judges by.
And made this question with them, whether we
Not rendering ourselves before the full o' the moon,
His promise made to Fergus Royson, held ?
The judges differed. Half of them affirmed
His promise was, in that, conditional,
And, the condition failing, it held not.
The other half as stiffly did maintain
The point of time was nothing to the point,
And that, though Fergus might be late a day.
The pardon granted us did yet hold good.
With these young Cormac, sitting by, agreed.
And, to confirm his argument, did swear
That, saving still the duty of a son
Defending father, were his sire assailed,
He never would raise weapon 'gainst poor guests
Drawn in to jeopardy of life and limb
By plotted covin and duplicity.
Whereat — what I had never seen before —
Conor, who, ever, was as temperate
As his brave step-sire jovial, swallowed down
Two mighty cups of wine ; and, spying me,
He called me up, and, there before them all,
Demanded many things concerning thee,
And did thy beauty live upon thee still ?
" No," said I ; " she is wrinkled, lean, and old,
And nothing like the Deirdre that she was "
— The Gods forgive me for the loving lie !
But while I spoke, one entering cried, " 'Tis false !
There lives not beauty on the earth's expanse