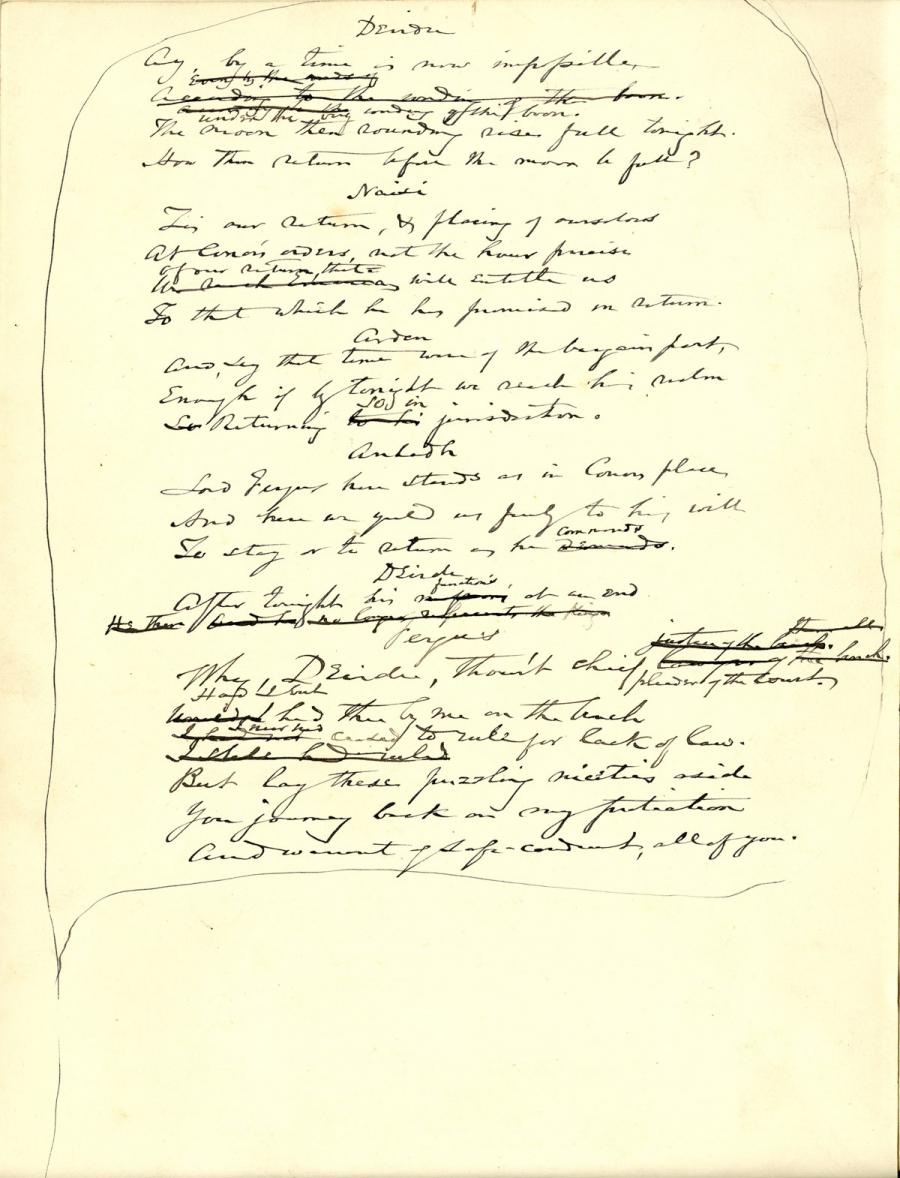 ﻿EIRDRE.
Ay, by a time is now impossible.
Under the very wording of the boon.
The moon, then rounding, rises full to-night :
How then return before the moon be full?

NAISI.
'Tis our return, and placing of ourselves
At Conor's orders, not the hour precise
Of our return, that will entitle us
To that which he has promised in return.

ARDAN.
And, say that time were of the bargain part,
Enough if by to-night we reach his realm,
Returning, so, in jurisdiction.

AINLE.
Lord Fergus here stands as in Conor's place,
And here we yield us freely to his will
To stay or to return as he commands.

DEIRDRE.
After to-night his function's at an end,
And he no longer Conor's deputy.

FERGUS.
Why, Deirdre, thou'rt chief justice of the court !
Had I but had thee by me on the bench,
I ne'er had ceased to rule for lack of law.
But lay these puzzling niceties aside.
You journey back on my protection
And warrant of safe-conduct, all of you.